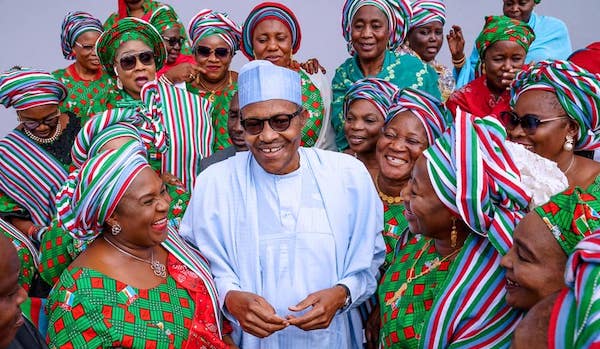 The presidency Friday explained why President Muhammadu Buhari entrusted women with key responsibilities in his government.

The Senior Special Assistant on Media and Publicity to the President, Garba Shehu, who featured in a Nigeria Television Authority (NTA) programme on Friday, said the president trusted women more than men.

He said: “Let me say this, I hope I don’t get myself into trouble.

“ He is more trusting of women than men. All these years, the county’s funds were entrusted in the hands of women and they kept it safely. They are doing well”

Several women had occupied prominent positions in the government since Buhari came to power in 2015.

Some of these include Mrs. Kemi Adeosun, who was the country’s Minister of Finance until she left the government before the end of the President’s first term in office.

Another key figure in the administration was Amina Mohammed who headed the Ministry of Environment before she got a plum job at the United Nations.

There was also Aisha Alhassan, the then Minister of Women Affairs.

She, however, caused a huge controversy in the government when she openly declared her loyalty for former Vice President Atiku Abubakar who later vied for the presidency against President Buhari in last year’s election.

In the present arrangement, Mrs. Zainab Ahmed is in charge of the Ministry of Finance, Budget and National Planning while Sadiya Farouq holds sway in the Ministry of Humanitarian Affairs, Disaster Management and Social Development.