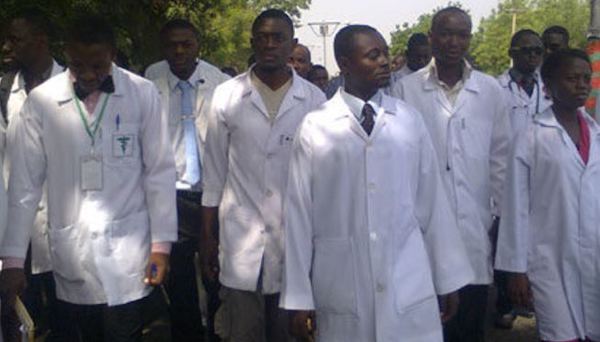 Resident Doctors at the Federal Neuropsychiatric Hospital, Yaba Lagos have maintained that their strike which has entered the fourth week would not end soon except their demands were met.

The strike action embarked on by the Association of Resident Doctors, Federal Neuropsychiatric Hospital, Yaba, Lagos, has entered its fourth week.

The doctors, under the aegis of Association of Resident Doctors, had begun the action on July 31 while protesting what they called “severe lack of doctors to provide seamless delivery of mental health services.”

After deliberations, the resident doctors, in a statement on Wednesday, resolved to continue with the strike.

They are demanding “standard mental health care for our clients and quality work experience for our overworked doctors”.

They vowed the strike would continue “until such a time the hospital management deems it fit to meet our singular demand”.

The statement reads, “The hospital management is insensitive to the plight of over 535 in-patients and 220 outpatients daily who now receive suboptimal, if not pernicious, mental health service in the 20 days that this industrial action has been allowed to fester without goal-directed.

“The hospital management has blatantly refused to replace the annual exit of resident doctors for the past four years.

“Instead, they have let patient load and clinical work increase significantly for hapless resident doctors whose health and academic pursuits have suffered irreparably.

“In light of the above, the hospital management’s insistence on employing only five locum doctors is highly provocative of our demands.

“It hardly improves the status quo which already puts overworked resident doctors at the brink of academic failure, health challenges and malpractice suits.”

Vowing to continue with the strike until their demand was met, they urged President Muhammadu Buhari to intervene.

“To this end, we call on Nigerian citizens and the Presidency under the leadership of President Buhari to prevail on the hospital management to do the needful in line with the Next Level Agenda of this administration,” the statement added.