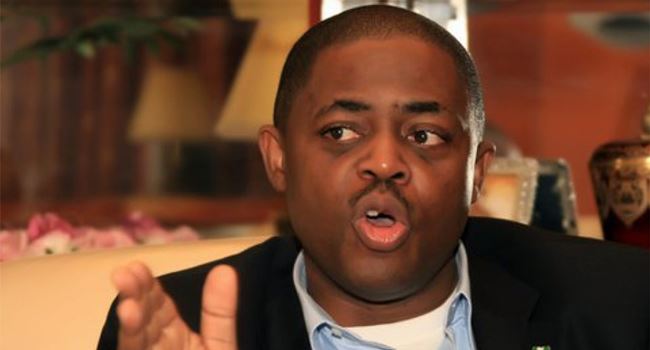 The chieftain of the Peoples Democratic Party (PDP) in a series of tweets on Monday alleged that the President is involved in hiring thugs to counter the protests while also adding that Buhari’s next plan is to send the military against the peaceful protesters.

In the Twitter post, Fani-Kayode said, “Do you still love Buhari and do you still believe he respects the rights of those who oppose him and that protest against his Government?

“If you think this man is interested in #EndSARS or in stopping police brutality or anything else then you need to have your head examined.

“Right now he is still using thugs to disrupt the protests and attack people. Next he will use the military,” he concluded.

Related Topics:#EndSARSBuhariFani Kayode
Up Next

Minister Lai says #EndSARS protests have been hijacked by hoodlums, calls for an end

#EndSARS protests have been hijacked in Edo –Dep Gov Shaibu