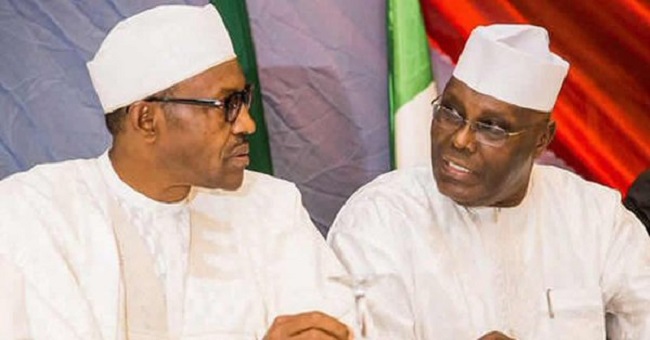 The Tribunal hearing the petition against the outcome of the February 23 presidential election Friday adjourned till Monday.

This was because some witnesses heading to the tribunal sitting in Abuja to testify against President Muhammadu Buhari and the All Progressives Congress, APC, were reportedly attacked and injured by armed bandits.

The Peoples Democratic Party, PDP, and its presidential candidate, Atiku Abubakar, broke the news to the Justice Mohammed Garba-led five-member panel, shortly before further hearing on their petition against the outcome of the February 23 presidential election was adjourned till Monday.

“My lords information we just got is that some of the witnesses we scheduled for this afternoon were waylaid by armed men while on their way. They were coming from Zamfara.

“This is a matter in which our witnesses are coming from far places”, Chief Chris Uche, SAN, told the court. Corroborating the report, Atiku’s lead counsel, Dr. Livy Uzoukwu, SAN, said: “To confirm, I was the one that was called on the phone and I had to repeatedly go outside to receive the call.

“I was told that some of them jumped into the bush and up till now most of them have not been seen while some were greatly injured. “In the circumstance, we will continue on Monday”.

While adjourning the case, Justice Garba held: “For the information, you have given to this court, proceedings in this matter are hereby adjourned till July 15, Monday”. The petitioners who have three more days to present their case, have so far called 36 witnesses that testified before the tribunal.

Meanwhile, an ad-hoc official of the Independent National Electoral Commission, INEC, Olufemi Ogunrinde, has said he transmitted results of the 2019 presidential election to a server of the commission.

Ogunrinde spoke during a cross-examination by Muiz Banire, counsel to the All Progressives Congress, APC, at the presidential election petition tribunal.

The witness informed the tribunal that the results were transmitted through the smart card readers.

“All I know is that the presiding officer brought the form EC8C and I put in the information on the smart card reader which I transmitted to the server,” he said.

On if he had seen the server, the INEC ad-hoc official said no, but was told about its existence by the commission’s official.

The 2019 PDP presidential candidate is challenging the authenticity of the last election which saw President Muhammadu Buhari emerge winner.