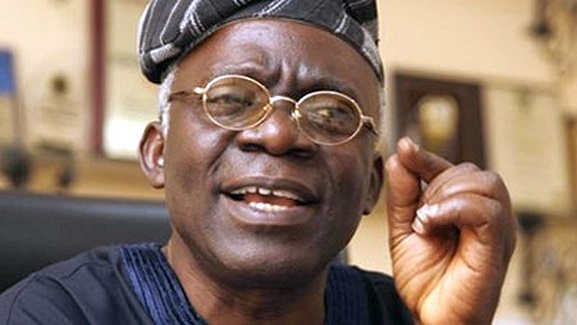 Falana said this on Thursday in reaction to a statement by Alfa Belgore, a former chief justice of Nigeria, describing the conferment of Nigeria’s highest national honour on MKO Abiola, presumed winner of the June 12, 1993 election, as illegal.

The retired judge said the national honours cannot be awarded posthumously, “much less the GCFR”, which is the highest honour in the land.

Falana, however, said the ex-CJN did not refer to any section of the National Honours Act or any other law that has been violated by the president.

“With profound respect to the Honourable Justice Alfa Belgore, the National Honours Act has not prohibited or restricted the powers of the president to confer national honours on deserving Nigerian citizens, dead or alive.

“No doubt, paragraph 2 of the Honours Warrant made pursuant to the National Honours Act provides that ‘a person shall be appointed to a particular rank of an order when he receives from the president in person, at an investiture held for the purpose…’ But paragraph 3 thereof has given the president the unqualified discretion ‘to dispense with the requirement of paragraph 2 in such manner as may be specified in the direction.’

“Therefore, since the national awards conferred on Chief Abiola and Chief Fawehinmi cannot be received by them in person the president may permit their family members to receive same on their behalf.”

Falana also addressed the legality of the June 12 holiday declared by the president, which has been argued to be illegal on the grounds that the approval of the national assembly was not sought and obtained.

He said, “Furthermore, section 2 (1) of the Public Holidays Act stipulates that in addition to the holidays mentioned in the schedule to the act, the president may appoint a special day to be kept as a public holiday either throughout Nigeria or in any part thereof. It is crystal clear that the president is not required by law to seek and obtain the approval of the National Assembly before declaring a public holiday in the country.”

He concluded that in view of the combined effect of the National Honours Act and the Public Holidays Act, the legal validity of the well-deserved awards and the historic holiday has not been impugned in any manner whatsoever.

‘This is what we’ve been waiting for over the years’, Gani’s son speaks on the ‘deserved’ honour

As insecurity persists, Buhari meets security chiefs for third time in the week