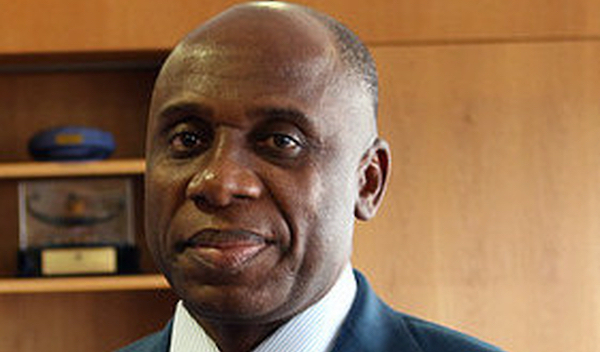 The Minister of Transportation, Rotimi Amaechi, said on Saturday President Muhammadu Buhari would commission the Lagos-Ibadan railway in January 2021.

Amaechi, who disclosed this during an inspection tour of the rail line, said the project was designed to improve the movement of cargoes and passengers in the country.

He said the contractors had done their best with the project and listed the weather conditions as one of the challenges being faced by the contractors.

The minister said: “We have cooperation from the various communities along the standard gauge construction; the contractors have done what they could do but the problem is the change in weather.

“They couldn’t work beyond that period, besides that, I think the contractors have done well.

“The construction is coming to an end, they are trying to beat the target they gave the ministry of transportation because there is huge improvement.

“Is there any facility in Nigeria that is better than the one in Ebute-Meta?”

Amaechi said the transition period between now and January would enable the Federal Government to acquire the Right of Way for Lagos-Ibadan route.

He said that it could be difficult to embark on perimeters fencing, adding that the fence constructed in Warri, Delta State, had been pulled down by hoodlums.

Related Topics:AmaechiBuhariLagos-Ibadan rail project
Up Next

‘Our blood is being shed’, Aisha Buhari begs President Buhari to ‘save Nigerians’