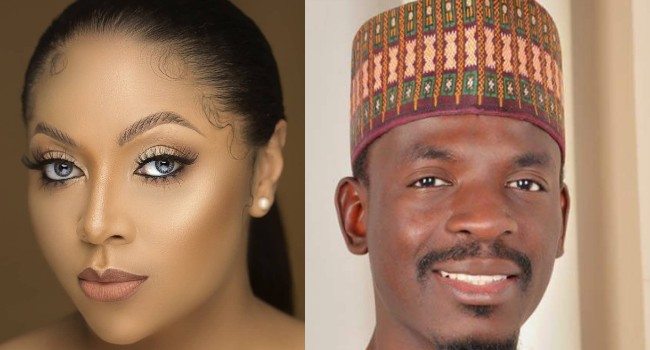 Bashir Ahmad, the personal assistant to President Muhammadu Buhari on new media, has called out Lola Omotayo-Okoye for demanding to know the whereabouts of chief of staff, Abba Kyari.

Lola Omotayo-Okoye, a public relations specialist and wife of music star, Peter Okoye, had earlier released a video on social media insisting that Nigerians need to know the whereabouts of the chief of staff to the president.

In the video shared via her Instagram page on Thursday, April 2, 2020, Lola said that she was surprised that the Lagos state commissioner of health would come out in the public to say he doesn’t know the whereabouts of Kyari.

READ ALSO: Singer Waje reveals she can marry a man 10 yrs younger than herself

“Guys, so the Lagos state commissioner of health just said he doesn’t know Abba Kyari is currently located. Abba Kyari is President Buhari’s Chief of Staff and we don’t know where he is? Whether he is in Lagos receiving treatment or in Abuja at home, self-isolating, did he even go anywhere to get treatment or is he out of the country…nobody knows,” she wrote on Instagram.

A day later, Bashir Ahmad took to his official Twitter page on Friday, April 3, 2020, to call out Lola over the video she posted on Instagram.

“Though I really don’t know who this Lola is, but someone close to her should please tell her to leave Abba Kyari to recuperate in peace, he’s in Lagos & responding well to treatment. If it’s caring she should also use the same energy to ask the whereabouts of other #COVID19 patients,” he tweeted.