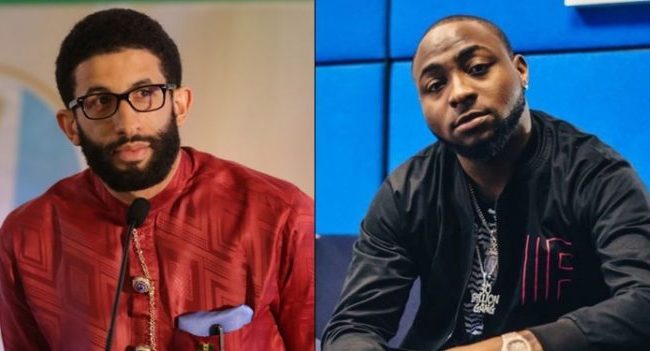 Ogundamisi had earlier reacted to a viral video on social media showing Davido’s hype man, Special Spesh, handcuffing and parading two women who had jokingly accused the musician (Davido) of impregnating one of them.

The activist who took to Twitter to react to the video wrote; “Imagine Davido as first Cousin in Osun State with his uncle Isiaka Adeleke as Governor and Buhari is meant to be the tyrant o!”

Reacting to Ogundamisi’s tweet, Davido replied saying, “It pains you that someone half your age that you can give birth to is greater than you will ever be … You are a loser, a disappointment…You are useless! Now keep my family name out of your mouth. Your whole life earnings no reach 30 per cent of my show money and it hurts I know.”

Following the slighting comments by Davido, Ngelale who also took to Twitter pointed out that any youngster who defines himself by his material possession, cannot serve as a role model to the younger ones.

He wrote; “Only empty people use material success to oppress or malign others. You can do better and be a better role model for the millions who look up to you,” he wrote on the social media platform.