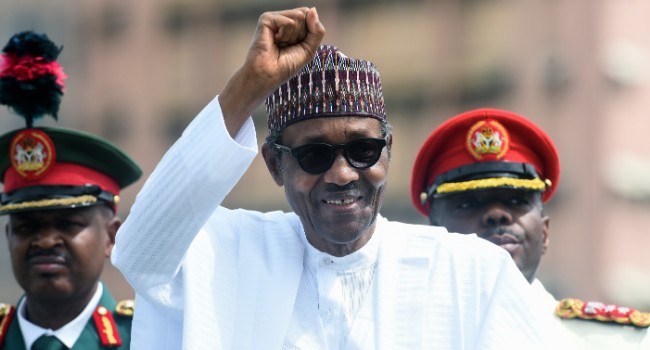 COVID-19 is increasingly wreaking havoc on the health of Nigerians, but its economic impact may well be more devastating. Before the pandemic, the Nigerian economy was growing at an anaemic rate of 2%. The country has also been suffering from high poverty and unemployment rates. This is paradoxical for a country endowed with humongous natural resources.

Determined to blunt the economic trauma of COVID-19 and minimise its impact on poverty, unemployment, insecurity and violence, Nigeria’s President Muhammadu Buhari announced the establishment of an inter-ministerial Economic Sustainability Committee. He gave it the remit to recommend measures that would prevent further economic collapse. Headed by Vice President Yemi Osinbajo, the committee submitted its report to the President in mid-June.

There are two main pillars to the economic sustainability plan. The first is job creation and the second an infusion of cash. These will be achieved through targeted investments in agriculture and agro-processing, manufacturing, renewable energy, housing, information technology. The proposal also included cash transfers as well as “survival funds” for medium and small scale enterprises. The plan is remarkable by its emphasis on the use of local contents to support its initiatives.

But most of what’s in the plan is neither novel nor ground-breaking. It includes projects that had been bandied around by previous administrations, with little success.

The difference appears to be the scale and intensity with which the projects are to be undertaken.

In fact the plan sounds very much like the doomed Vision 2020, which was a long-term strategic intent launched by the Nigerian government in 2009 to promote economic growth, socio-economic development and structural transformation. The overarching goal was to enable Nigeria to become one of the top 20 economies in the world, as well as achieve an annual GDP of at least $900 billion and a GDP per capital of $4000. These goals are far from being achieved.

Perhaps the greatest shortcoming of the report is that it delegates implementation to government ministers, each of whom is expected to set up an implementation committee. This is very reminiscent of previous government efforts.

It is no secret that the wheels of the Nigerian bureaucracy grind excruciatingly slowly. The economic recovery plan should have set up a special implementation taskforce outside of the bureaucracy.

History may offer a useful lesson here. During the post-World War II when European economies were devastated, the US led its allies to launch the Marshall Plan for Europe’s economic reconstruction. Rather than delegate implementation to government bureaucracies, the World Bank and the International Monetary Fund were specifically created to undertake the task.

In times of unprecedented crisis, your worst enemy is the bureaucracy.

Unfortunately, Buhari’s Economic Sustainability Plan has fallen into the same trap as its antecedents: it is likely to gather dust in government ministries and agencies.

Apart from the lack of novelty, the report is vague and speculative about how initiatives would be accomplished.

For instance, the plan proposes the creation of 5 million jobs within 12 months by bringing 20,000 – 100,000 hectares of land per state into cultivation. The private sector is expected to drive the process. But it’s unclear what mechanisms would incentivise profit-maximising enterprises to employ this number of farm workers.

Some of the key provisions in the plan are not implementable without the cooperation of state governments. The frosty relationship between the Buhari administration and states controlled by the opposition People’s Democratic Party, which now stands at 16 out of 36 states of the Nigerian federation, suggests this could be a bottleneck.

More intriguing, however, is the fact that most of the projects proposed in the report may not be completed before the end of the Buhari administration. One such example is the solar energy project. The plan proposes supplying 5 million Nigerian households (or about 25 million individuals) with solar energy. The report requires that solar power equipment be produced in Nigeria.

This isn’t particularly realistic in a country that imports toothpicks, petrol and generators. The US, with its technological prowess, has been able to supply only about 12 million households with solar energy since 2008.

Another proposal that has a very murky implementation plan is the goal of creating 1.8 million jobs through the construction of 300,000 homes (400 in each local government area). The Ministry of Works and Housing is tasked with its implementation. But the report concedes that the ministry is yet to figure out the “design and template” for the houses. This is a manifestation of the lack of preparation for this project.

The report recommends an increase in the number of cash transfer recipients. But it doesn’t say how big the cash transfers should be and what mechanisms will be used to transfer cash to the new recipients, many of whom are expected to be rural dwellers.

Furthermore, the funding of the plan is nebulous. Recognising that the Nigerian economy would contract by 4.40% if no measures were taken, the recovery plan opted for a Naira 2.3 trillion stimulus package. This, it’s been estimated, will ensure that the economy doesn’t decline by more than 0.59%.

But the report is evasive about how the proposed projects will be financed. While about 70% of the estimated cost of the plan is expected to come from “Special Accounts” and the Central Bank of Nigeria’s “structured lending,” the source of the rest is not clearly defined.

The plan calls for local sourcing of most of the inputs to be used in the various projects. But it does not discuss in detail the foreign exchange implications, especially in light of uncertainties in the global oil market.

The plan should have been divided into phases, starting with one devoted to initiatives that would immediately pump cash into the economy.

Without an instantaneous infusion of massive cash, the Nigerian economy risks an inexorable slide into stagflation, which is a lethal combination of a recession and hyperinflation.

Related Topics:BuhariCOVID-19Economic plan
Up Next

APC PENDULUM: Who is Next