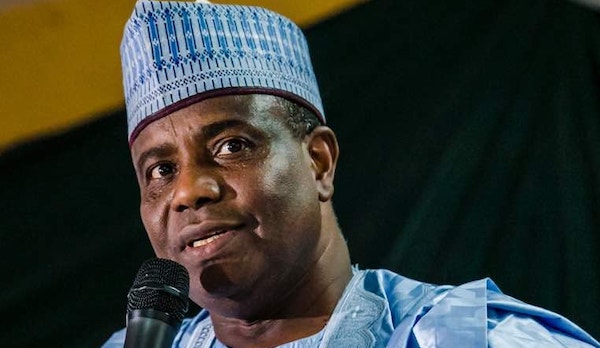 Governors elected on the Peoples Democratic Party (PDP) on Friday decried the worsening insecurity in the country.

The governors also accused the All Progressives Congress (APC) leadership of deploying intimidating tactics to cajole some of them to switch to the ruling party.

In a communiqué issued at the end of their meeting in Makurdi, Benue State, and signed by the Chairman of the Forum, Aminu Tambuwal, they claimed that President Muhammadu Buhari’s failure to demonstrate sufficient capacity for governance was fuelling religious tensions in the country.

The governors urged the federal government to among others, put in place measures to facilitate the devolution of powers to the component states to avert another civil war.

The communiqué read: “The governors are deeply worried that indeed, all our fault lines and differences are being stretched to the limit by a government that clearly lacks the capacity to govern. The meeting agreed that this has given rise to ethnic and tribal tensions, religious divisions, and various forms of social and political cleavages. The governors concluded that Nigeria is in dire need of leadership at the federal level to avert the looming disaster.

“The meeting noted and condemned the alarming drift of Nigeria which if allowed to continue, will make Nigeria a failed state under the watch of the All Progressives Congress government. They expressed deep concern and alarm at the deteriorating relations between various groups in Nigeria.

“The meeting was similarly alarmed that security of lives and property of Nigerians are no longer guaranteed under the present government as a result of leadership incompetence and mismanagement of the nation’s affairs.

“While noting that governors have a role to play in the handling of some of the worsening situations, they regret that their hands are tied behind their backs as the entire coercive authority in the country is monopolised by the APC federal government. The time has come to take advantage of the ongoing constitution amendment process to decentralise the security architecture of Nigeria and involve state and local governments.

“Consequently, the governors reaffirmed their conviction that an urgent devolution of powers and restructuring of the country in a way that brings together various groups and tendencies in the country appears to have become imperative and timely now as Nigeria cannot afford another civil war.”

APC to set up appeal committee on registration exercise