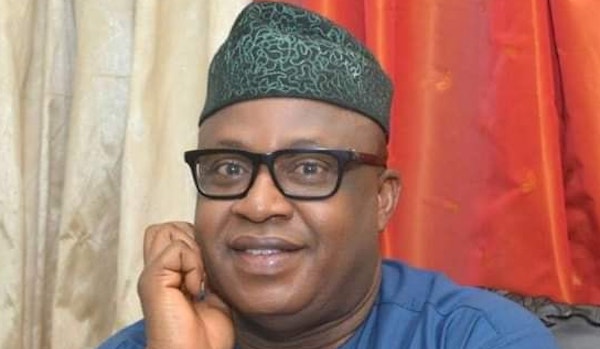 The National Vice Chairman, South-South zone of the Peoples Democratic Party (PDP), Chief Dan Orbih, has said that the Nigerian government under the leadership of President Muhammadu Buhari has failed woefully in all ramifications.

According to him, the crises currently facing the country, ranging from security to poverty, and education, among others, have become such huge embarrassments, adding that from recent analysis, it is difficult to point out one sector that the government has succeeded in, or made progress.

Chief Orbih, speaking during an interview on a radio programme tagged: The Discourse, on Classic FM 97.3, on Sunday, argued that the security situation in every region of the country was bad, stressing the need for the government to take vital steps to stem the challenges, and restore the confidence of Nigerians in the government.

While speaking on the state of the nation’s economy, Orbih said the Nigerian economy was currently in a serious mess.

“Most of us who are living in this country all know that poverty is a very serious issue facing Nigerians and that is coming as a result of the poor management of our economy. You would agree with me today that the Naira is on a free fall.

“The exchange rate is unstable and unpredictable for a country that is not production-driven in terms of generating revenue. It’s a very worrisome development and direction that we are going.

“Everything is virtually produced from outside and if we have an unstable and unpredictable exchange rate then we are in trouble. I agree to a large extent with the concerns of Governor Obaseki on what he said about the economy and I think it’s time for our government to sit up and find a way to deal with these problems.

“It is actually difficult to have peace and security in a land that is mostly populated by those who can hardly afford one meal a day. But again the same government in recent times has been allegedly rolling out money running into hundreds of millions to bandits who have been kidnapping innocent Nigerians,” he said.

He added, “I want us to get this clear, the problem we are facing in terms of security today applies to all the regions of the federation and to me, it looks like the government has run out of ideas about what to do.

“I think the problems we are facing today are interrelated. We are talking of security, same with agriculture and education. Analysing the issues, where do we really say that we have succeeded as a government? Except we want to shy away from saying the truth, I think this government has failed.

“It is very painful when you get to realise that the primary purpose of having a government is to protect lives and properties but in this very respect, I can say many Nigerians believe that this government has failed in that particular aspect.”

Asked how the Niger Delta region was able to tackle the security challenges brought upon the region by militants years back, Orbih noted that there was no need to be partisan on the issue of security, saying it was a serious problem that affected the whole nation.

However, he gave credit to the then PDP federal government, noting that security strategies were not things to be discussed publicly.

He also stated that there was nothing wrong if the present APC government extended an invitation to the PDP think-tank team which put a stop to insurgency in the Niger Delta region to help with suggestions and solutions to some of the challenges facing the country today.

“I believe that there is a lot that the government needs to do. Of course, you know that at a time, it was getting difficult for us as an oil-producing nation to continue with our activities in the Niger Delta region but that government was able to bring all that to a stop by engaging those who were involved in finding lasting solutions to them. I believe that can still happen in this situation.”

Speaking on the claim by the Governor of Imo State, Hope Uzodinma, that some aggrieved politicians were behind the recent crisis in the State, Orbih said he did agree with his position, noting that it was a general problem facing the nation.

“How would he describe what happened in Edo State? Is he going to make it look as if it was political? These are very serious problems we are facing as a nation. We should take politics out of it. I believe it is time for us to come together as a nation irrespective of our political parties.

“All these are things we must find out. They might not necessarily be the same reasons for the jailbreak in Edo State but I think the first thing the governor should do rather than jump to conclusion is to wait for the investigative team set up by the police to come out with their report and let us know exactly what happened.”

Meanwhile, Orbih urged the government to host a security summit where security experts from all regions would come together and proffer a solution.

“Let us have a security summit where we can come together and bring in people, even if they are retired security personnel who have ideas and things to contribute on how best to combat the present problem that we are facing in the country. I don’t think it is proper to situate it along the line of partisan affiliation or politics.”

In race for 2023, Tinubu branded rice distributed to Kano residents