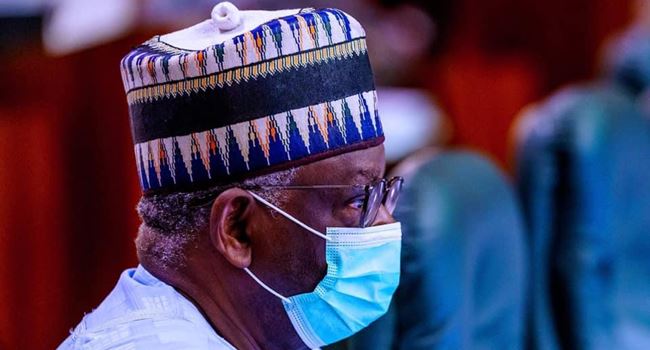 News about his appointment filtered into the media on Tuesday though there were no official confirmation from the presidency.

An announcement to that effect was however made on Wednesday morning by Boss Mustapha, Secretary to the Government of the Federation (SGF).

At the FEC meeting, the Vice President, Yemi Osinbajo said the opening prayer while the Muslim prayer was said by the Minister of Agriculture and Rural Development.

The meeting, which was the first virtual meeting of the FEC, was attended physically by only seven ministers.

Meanwhile, the new Chief of Staff, Prof. Gambari earlier before the commencement of the FEC was received on arrival at the Presidential Villa by Senior Presidency officials including the Director of Protocol, Alhaji Yakubu Ahmed and the Permanent Secretary, State House, Mallam Tijani Umar.