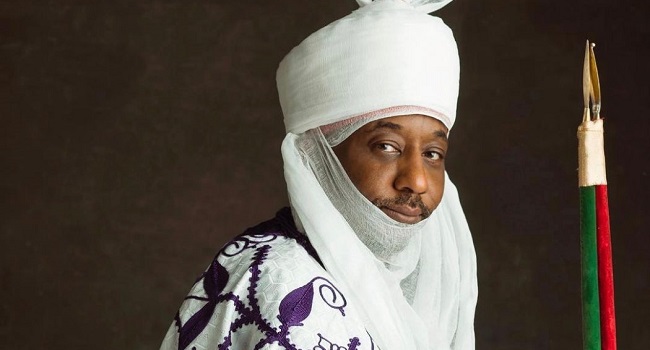 ‎Buhari had on Monday dissolved the Economic Management Team chaired by Vice President Yemi Osinbajo, and constituted the EAC with Doyin Salami as its chairman.

Reacting, the Emir on Wednesday described the move as “timely and reflective of Buhari’s determination to re-energize the management of the economy”.

Sanusi, while briefing newsmen at his palace, said Nigerians were highly desirous of such an effective and knowledge-driven team to provide the lead on the economic front.‎

According to him, the beauty of the team, asides the pedigree of its members, was their private sector experience and their independence.‎

The former governor of the Central Bank of Nigeria said the team would add a lot of value to Buhari’s strategic plans.

“In my opinion this is the single most important decision taken by the President in his second term with great potential for turning the economy around. The team he has assembled is first class by all standards and each and everyone of them is held in high regard by all our professional colleagues.

“He also has put together a team with balance. In there you have experts in macroeconomics, monetary policy, fiscal policy, development theory and financial markets. I can think of no better team of advisers at this point and we look forward to discussing and debating with and encouraging them as they serve the nation and the President.

“The president deserves to be praised on this decision and supported. It is evidence of commitment to focus on the economy. This team will add a lot of value to policy and strategy and will also be frank and honest in its advice. I honestly have not been so excited about prospect on the economy as I am today and you know me. I do not dish out praise.”