Home » Latest » Buhari’s presumed attacker clears the air, says my mission was to meet the President 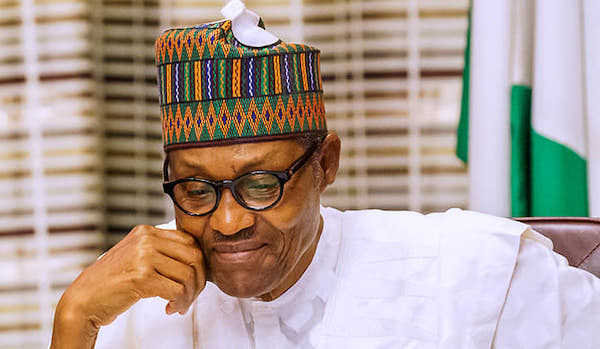 Mohammed Jamil Gundari, the young man who allegedly staged a lone attack on President Muhammadu Buhari in Argungu, Kebbi State, Thursday has revealed what actually transpired during his brief encounter with the nation’s number one citizen.

Gundari told journalists on Friday his mission was to meet with the President and commend him for the good work he has been rendering to the nation over the years.

The man, who was a graduate of Public Administration from Uthman Danfodio University, Sokoto, said he was neither insane nor a tout to have conceived the idea of attacking the President.

He, however, expressed regret that his mission was misinterpreted by the media due to his approach during the brief encounter.

Gundari dismissed the allegation that he was shot by the President security details shortly after he was whisked away, saying he was taken to his house for a search where it was discovered that he is a responsible family man.

He said: “Yesterday was a different day to me because as a graduate of public administration, who graduated with second class lower, just three points away from first class. It took a lot of risks to get the attention of Mr. President, despite the fact that there was strong security architecture within the venue. But I am sorry for the disturbances I caused.

‘‘It was an emotional moment for me to see the person, who I believe that has the most integrity, honest, incorruptible and right reason to serve this country. Everybody in Nigeria and across the world has not questioned the consistency, the integrity, the honesty and the righteous position of Mr. President on either national issue or even his personal life.

‘‘Now, from 2015-2020 to date, no one has ever questioned whether the resources of this country were ever squandered by Mr. President. This is the reason that I carried my heart to Mr. President. Even if I had died yesterday, I have achieved my ambition to one day meet with Mr. President.”