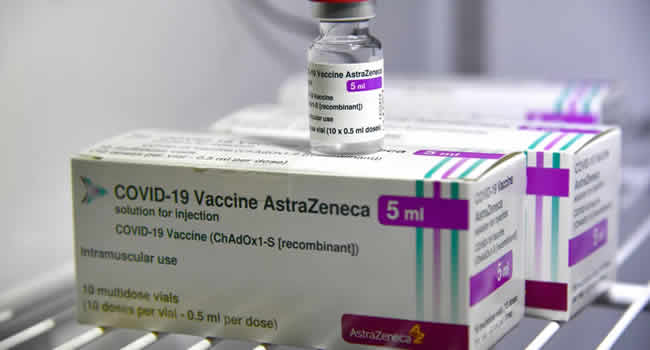 Bulgaria on Friday temporary suspended inoculations of the AstraZeneca COVID-19 vaccine due to reports of blood clotting after vaccination.

According to a report credited to Reuters, the country’s Prime Minister Boyko Borissov in a statement said the vaccine will be suspended until the European medicine regulator produces a written statement dispelling all doubts about the vaccine’s safety.

“Until all doubts are dispelled and as long as the experts do not give guarantees that it does not pose a risk to the people, we are halting the inoculations with this vaccine,” Mr Borissov said.

Nigeria took delivery of the AstraZeneca vaccine in early March and has since begun administration to prioritised groups.

Related Topics:AstraZenecaCOVID-19COVID-19 vaccine
Up Next