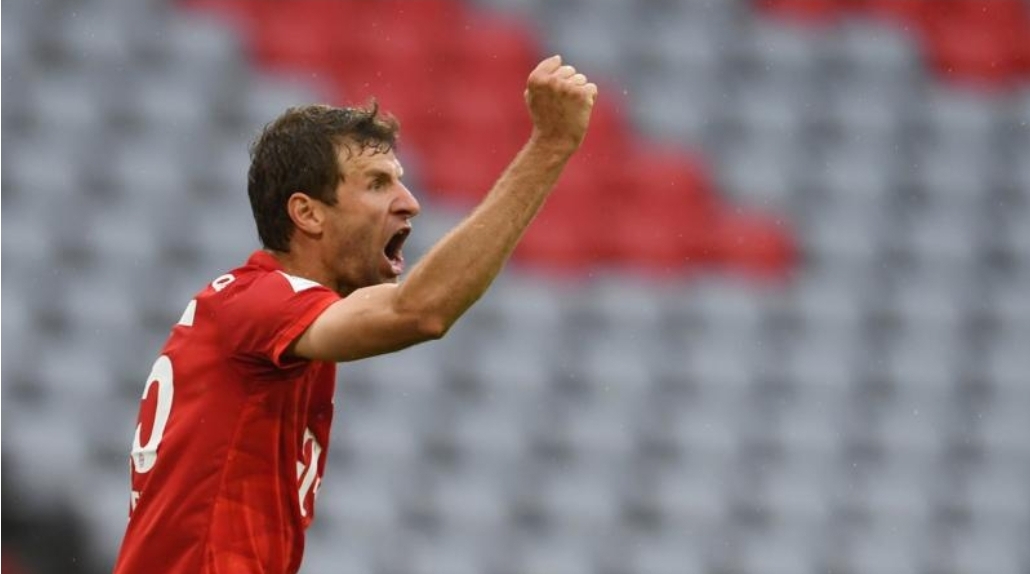 Bundesliga leaders, Bayern Munich showed their preparedness for the top-of-the-table clash against Borussia Dortmund with a 5-2 victory over Eintracht Frankfurt.

Dortmund narrowed the gap at the top to a single point earlier on Saturday by beating Wolfsburg 2-0 as they battle for the top this season.

But Bayern staged the perfect response despite Frankfurt scare.

Leon Goretzka, Thomas Muller and Robert Lewandowski scored to put the hosts three goals up less than a minute into the second half.

However, Bayern scored two more goals, first from Alphonso Davies before Hinteregger bundled the ball over his own line following Serge Gnabry’s flick.

Bayern and Dortmund will face in Der Klassiker on Tuesday.