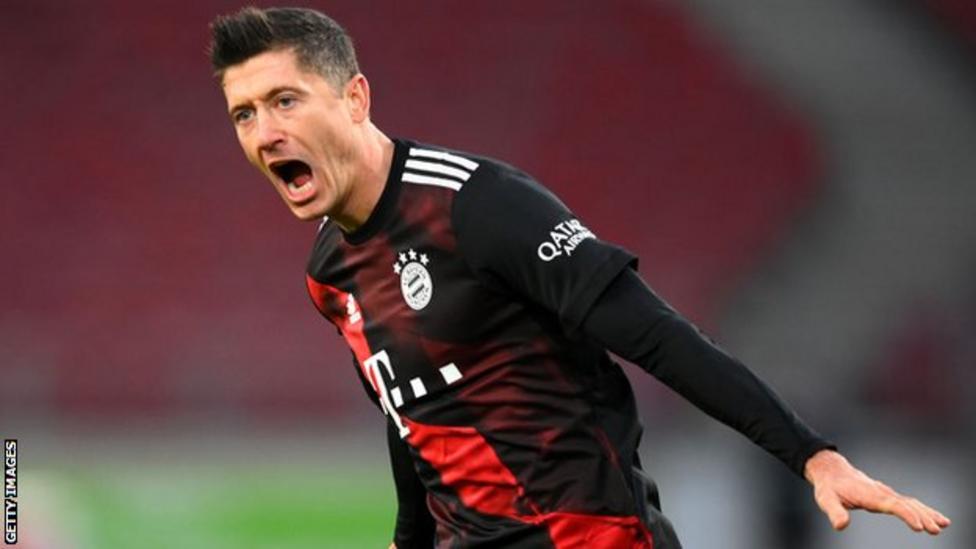 Champions Bayern Munich came from a goal down to beat Stuttgart 2-1 in an exciting German Bundesliga clash on Saturday.

The hosts went ahead in the 20th minute when Lassana Coulibaly swept in from Silas Wamangituka’s excellent low cross.

But Bayern began their comeback 18 minutes after when Kingsley Coman levelled before Robert Lewandowski’s powerful strike completed a first-half turnaround.

Douglas Costa sealed the victory when the Juventus loanee found the corner to add a third for Bayern.

With the win, Bayern maintained their two-point advantage at the top of the league.

The Hansi Flick side remain two points above RB Leipzig after their 2-1 win over Arminia Bielefeld also on Saturday.

They also sit four points ahead of third-placed Borussia Dortmund, who were beaten 2-1 by Cologne.

Dortmund were down by two goals by the hour mark, following a brace by Ellyes Skhiri, before Thorgan Hazard pulled one goal back on 74 minutes.