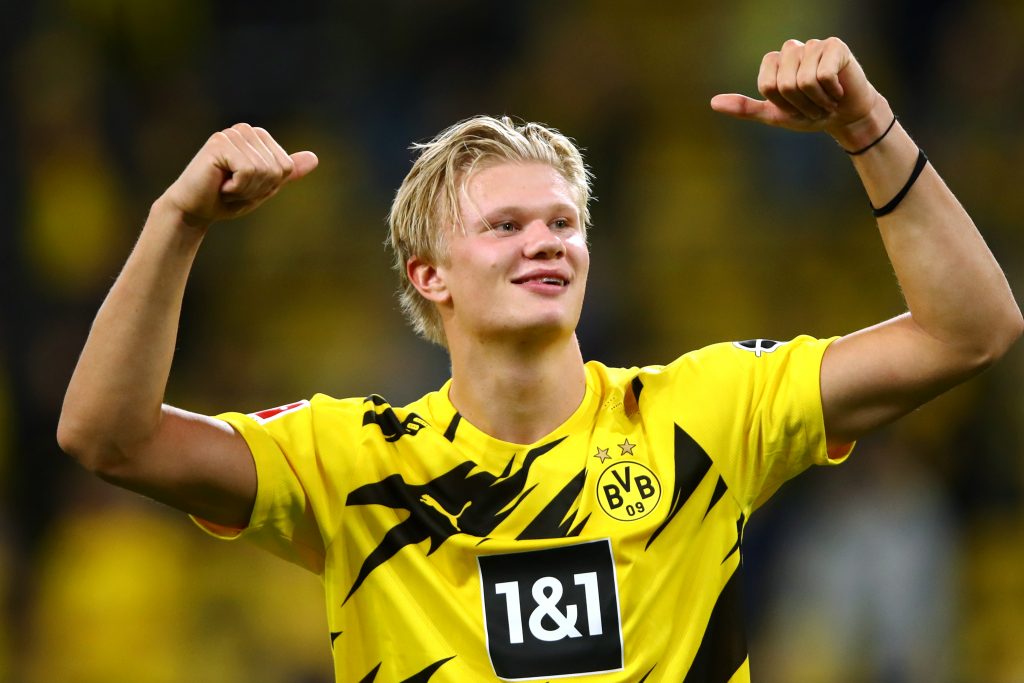 The Norwegian, who was crowned the 2020 Golden Boy this weekend, netted three goals in 15 minutes before scoring again after Raphaël Guerreiro scored as Dortmund win 5-2.

Hertha were leading from the first half, with a goal Matheus Cunha putting the hosts ahead. The Brazilian also scored Hertha’s second on 79 minutes from the spot.

Dortmund are second on the table with 18 points, one point behind leaders Bayern.

Earlier on Saturday, champions Bayern Munich dropped points after they played a 1-1 draw at home with Werder Bremen.

The leaders stayed top of the Bundesliga table despite the result.

Maxi Eggestein gave Werder the lead shortly before half-time with a smart first-time finish into the corner, before France winger Kingsley Coman levelled after the break to secure a point for the hosts.

Elsewhere, Super Eagles defender Kevin Akpoguma could not help Hoffenheim pick all three points, as they conceded a late goal to draw 3-3 at home against Stuttgart.

Related Topics:bayernDortmundErling Haaland
Up Next

If Rawlings were a Nigerian!