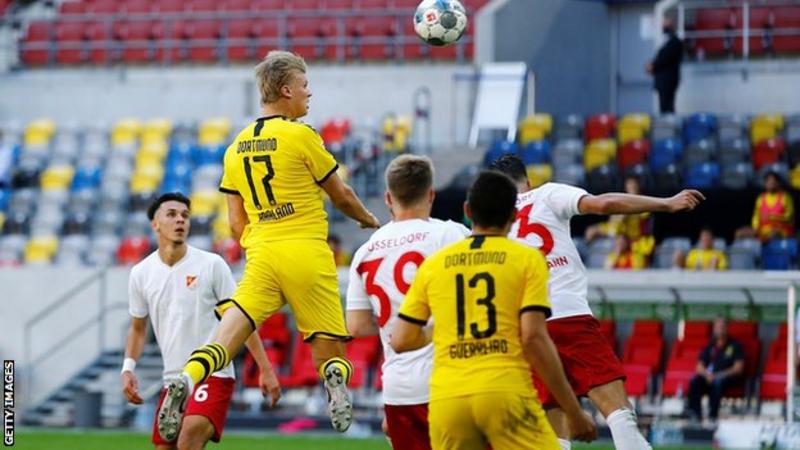 Bundesliga leaders Bayern Munich are one win away from lifting the title after a late goal helped them secure victory over Borussia Monchengladbach on Saturday.

But the visitors leveled before the break when Benjamin Pavard’s own goal forced a more thrilling second half.

The match was looking to end in a draw when Leon Goretzka saved the day by nipping in to poke home the winner four minutes from time.

The Hansi Flick side will win the title for a record 30th time if they beat Werder Bremen in their next fixture on Tuesday.

Earlier on Saturday, Dortmund defeated Dusseldorf 1-0, with a 95th-minute winner from Erling Haaland, who came off the bench.

The second-placed side, which last won the Bundesliga title in the 2011-12 season, are currently trailing Bayern with seven points on the table.

But the win against Dusseldorf means Dortmund have secured a Champions League place for 2020-21.

Why Umahi is persecuting me –Ebonyi Ex-Commissioner