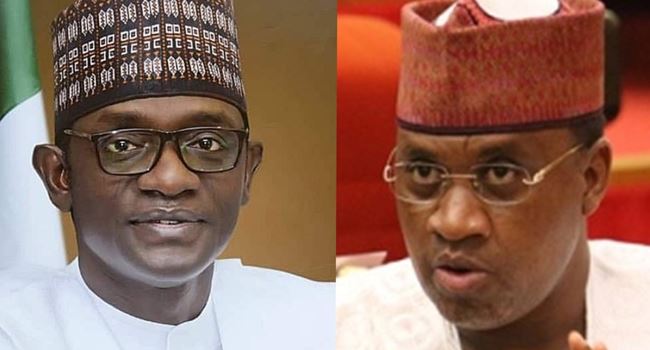 The crisis in the All Progressives Congress (APC) in Zamfara State took a fresh twist at the weekend after different factions held parallel congresses in the state.

The development has pitched a faction of the APC in the state led by the Senator representing Zamfara Central, Kabiru Marafa, against the party’s Caretaker and Extraordinary Convention Planning Committee (CENCPC) led by Mai Mala Buni.

Marafa, who addressed journalists in Gusau on Sunday, described the congress as an exercise in futility.

The lawmaker said he was prepared to challenge the legality of all actions taken by the Buni-led caretaker committee since inception.

He said: “I have the responsibility to be a good son which I have been in the APC but when the father or the mother wants to sniff life out of me I have a right to defend myself.

“If there is going to be an implosion that will tear APC apart… they have already torn us apart so good luck it is their cup of tea.”

Marafa added: “This confirms to us that the Mai Mala-led APC, as it is today, is on a mission to destroy APC.

“Now, notice is very key. Section 85 of the electoral act made it mandatory. It says ‘INEC must be given a notice of 21 days.’

“I don’t know where Mai Mala got this thing. But I’m not surprised because he didn’t go to school. I goggled everywhere, I didn’t see the primary or secondary school he attended.

“This cannot hold anywhere in the world but we only join them to show them that look, ‘you don’t have the monopoly of madness.’ This 24 hours’ notice, cannot stand in any court of law. We participated just to tell everyone that madness is not an exclusive preserve of some people.”

However, in a statement issued by Director-General of Media and Public Affairs, Mamman Mohammed, the Yobe governor said Marafa was embarking on a political suicide mission.

He said: “Marafa’s vituperations are nothing but an empty ranting of an ant.”