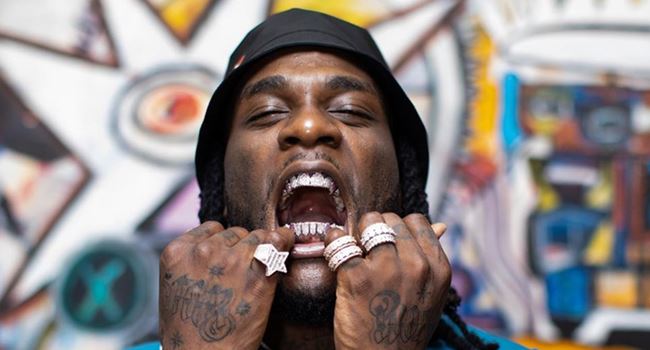 The nominees list for the 2020 edition of the Grammy Awards has been released with ‘Dangote’ crooner, Burna Boy appearing as one of the contenders for the prestigious awards.

Burna Boy’s album “African Giant’ was nominated in the Best World Album category on Wednesday alongside Altin Gün for ‘Gece’, Bokanté & Metropole Orkest Conducted By Jules Buckley for ‘What Heat’, Nathalie Joachim With Spektral Quartet for ‘Fanm D’Ayiti’, and Angelique Kidjo for ‘Celia’.

He now follows in the footsteps of Seun Kuti, Femi Kuti and King Sunny Ade in getting nominated in that category at the Grammy Awards. Other Nigerian Grammy nominees include, Babatune Olatunji, Wizkid, Timaya and Kah Lo. The only Nigerian to win a Grammy Award remains Sikiru Adepoju.

The 62nd Annual Grammy Awards ceremony is scheduled for January 26, 2020, at Staples Center in Los Angeles and it will be hosted by soul singer Alicia Keys with the nominees led by Lizzo with eight nominations followed by Billie Eilish and Lil Nas X with six nominations.

The latest development comes days after a group of South African artistes under the aegis of Tshwane Collective called for the exclusion Burna Boy from an anti-xenophobic concert, tagged “Africans Unite” which is scheduled to hold on Saturday, November 23, at the Hillcrest Quarry in Cape Town and on Sunday, November 24, at the Time Square Casino, Pretoria, South Africa.

According to reports, the South African artistes are against Burna Boy’s inclusion in the lineup for the music concert following his heated Twitter exchange with South African rapper, AKA, during recent xenophobic attacks in the former apartheid enclave.

The Tshwane collective even went further to table a petition before the South African minister of arts and culture, questioning the invitation of Burna Boy at the two-legged concert which reportedly had the ministry as one of the sponsors.