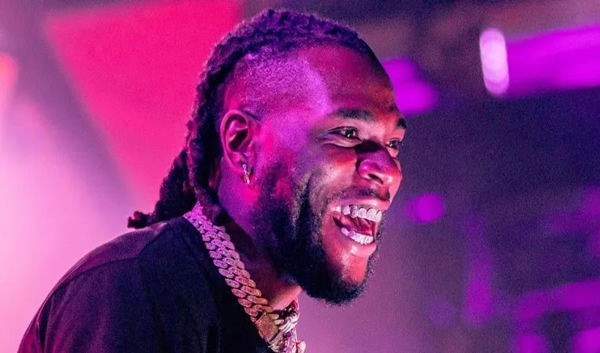 Nigerian recording artiste, Damini Ogulu, better known as Burna Boy has clinched the award for the Best International Act for the third time in a row at the 2021 BET Awards ceremony.

The 29-year-old Nigerian recording artiste has continued his winning streak, grabbing his BET plaque at the Microsoft Theatre, Los Angeles on Sunday, June 27.

The Grammy Award winner beat fellow Nigerian singer Wizkid, Diamond Platnumz from Tanzania, and other artistes to win the award.
“I made it this time to collect my award myself,” he said before he taught the audience a bit of Pidgin English.

“I want to teach you guys a little bit about where you are all really from,” he said with his mum standing beside him before urging them to speak a phrase in Pidgin English.

“Three-peat, that’s my third one, back to back,” he said in a video on BET’s social media page.

He released ‘Outside’ in 2018, followed by the critically acclaimed, ‘African Giant’ in 2019 which also received a Grammy Award nomination but failed to win.

Burna’s ‘Twice As Tall’ released in 2020 made sure the singer became the first-ever Nigerian-born Afrobeats solo artiste to win the prestigious award at the 63rd Grammy Award ceremony.

Rapper Cardi B reveals she is pregnant