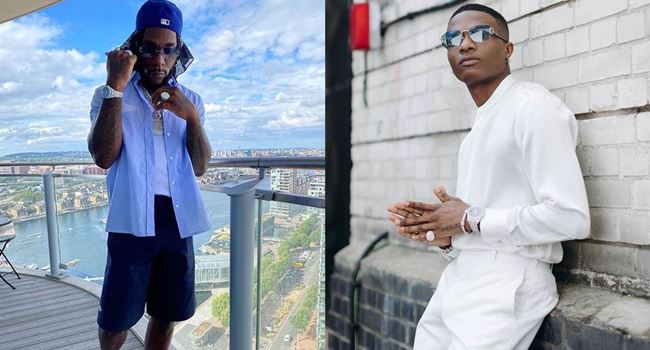 Nigerian superstars, Burna Boy and Wizkid have both been nominated in the ‘Best International Artiste’ category at the 2021 BET Award ceremony.

Burna Boy, a two-time BET Award winner, and Wizkid a BET Award recipient at the 2012 edition emerged victorious at the 2021 Grammy Awards ceremony.

French singers, Aya Nakamura and Youssoupha; Tanzanian superstar, Diamond Platnumz; Brazilian act, Emicida; British acts, the rapper Headie One and the duo Yung T and Bugsey are all nominated in the same category as well.

Wizkid and Burna Boy also featured together in Wizkid’s video for ‘Ginger,’ which debuted earlier in the year.

The 2021 BET Awards is back with a live show audience in Los Angeles on Sunday, June 27.