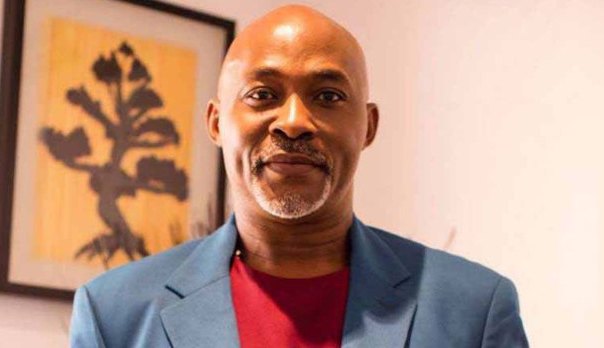 In a recent interview, the thespian stated that the Grammy success was also a win for the Nigerian movie industry, Nollywood.

RMD described Burna Boy as an artiste who sings to educate and entertain. Because of his style of music, he also considered his victory a success for Nollywood.

He added that Nigerian music evolved and leveraged on Nollywood’s initial success in the international market.

According to the legendary actor:

“Nigerian music as we have it today has evolved and leveraged on Nollywood when our films were being exported.

READ ALSO: RMD tells customs what to do with seized food items amid COVID-19 lockdown

“It took with it, its comedy and music.

The music has just taken on a life of its own because it does not require a big village that it takes a film to get ready.

Music is a lot quicker. Solo work is what is needed, unlike trying to gather an entire ‘village’ to make a film.

Burna Boy was declared the winner of the ‘Best Global Music Album’ category of the Grammy Awards 2021 for his ‘Twice as tall’ album.

19 years ago, I predicted Nigerians would win the Grammy —Charly Boy