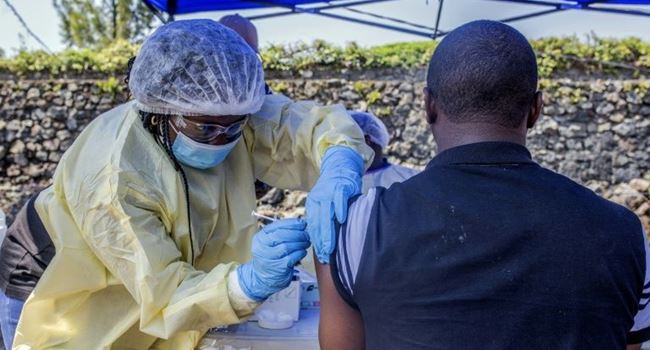 Authorities in Burundi have ordered the immediate vaccination of its health workers over the scare of Ebola, the World Health Organisation (WHO) revealed.

According to reports, the exercise started with health workers at the Gatumba border near the Democratic Republic of Congo, where a year-long Ebola epidemic has killed at least 1,800 people.

The health workers are being vaccinated with rVSV-ZEBOV, an unlicensed product in an exercise overseen by WHO and the Burundi health ministry.

“Although this vaccine is not yet approved and its commercial use is not yet authorised, it has been shown to be effective and safe during Ebola outbreaks in West Africa,” the WHO statement said.

The vaccine, developed by US pharmaceutical group Merck, proved “highly effective” in a trial conducted in Guinea in 2015, WHO representative in Burundi Dr Kazadi Mulombo said.

“The vaccination of health and front-line staff is a significant step forward in preparing for the response to this disease,” he added.

Burundi has not recorded any cases of Ebola so far, but its border with DR Congo is considered highly porous, and the whole region is on high alert.