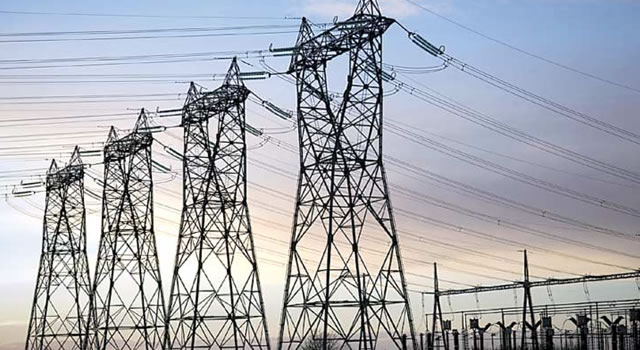 That the current state of electricity supply in the country is a major killjoy for businesses is not, in anyway, an overstatement. Year on year, after a struggle to sustain operation; some businesses crash out completely or move to less hostile economy countries like Ghana, Kenya, Rwanda or the notorious xenophobic South Africa.

A recent report from the National Association of Chambers of Commerce, Industry, Mining and NACCIMA featured on major National dailies revealed that nearly 800 businesses closed operations between 2009 to 2013 on account of unfriendly operating environment. In some cases, these businesses find solace in another country, naturally leading to a fall in GDP in Nigeria.

Aside lack of finance which often could be caused by a number of reasons, inadequate power supply has proven to be another humongous factor serving as a bane inhibiting businesses to thrive. Since power consumption is central to life and business is one entity that solves the livelihood puzzle, it is only true that more than 90% of businesses needs electricity, directly or indirectly, to operate.

If, as according to global standard, for every 1, 000, 000 people an average estimated 1,000MW of power should be expended; it then means Nigeria with about 200 million human counts needs nothing less than 200, 000 megawatts of power to averagely service its energy consumption demands.

The question: where are we, then, exposes how underserved Africa’s most populous country, Nigeria, is, and/or why the country is largely running on fuel generators, at the expense of owners, where businesses have the greatest hit.

The failed/failing power case is quite similar to government’s letdown in the water provision context where citizens have now become independent water providers. How unfortunate this has become is that people are ignorant of the fact that water supply is a component of the government and not a home-to-home project.

Putting reality into right perspective, if Nigeria needs power supply worth of 200, 000 megawatts to level up, the current power generation which is less than 10, 000 megawatts can only be considered as mockery in the face of economic advancement and development fantasies. What thrives in such space, one might be forced to ask?

The figures are humbling

Daily Trust on Tuesday, 3rd of Sept., 2019 reported that the nation has added a generation capacity of 4,025 megawatts (MW) through the construction and operation of eight power plants on the national grid. That data obtained from the Federal Ministry of Power indicated that generation capacity was over 7,500MW, transmission was at 8,100MW and distribution at over 5,500MW.

If 5,500MW is all we can be proud of at this stage, there is a whole lot on the deficit side to be met. How long will this take us? How better can we tackle this? Do we continue with the generators to the disadvantage of citizens’ health and the heavy depletion of the ozone layer? How these things contribute to devour us, shorten lives span and crack up the earth is for another discuss.

Identifying where we missed it is important. Rolling our sleeves to get to work is needed. The ministry should begin to look outside hydro power generation; perhaps, it’s time to harness our gas like China, the US, Germany and a host of other countries.

It’s even worrisome to see that all that Nigeria does with its gas is flaring it. In gas, alone, Germany is generating 40, 000MW, approximately 800% of what Nigeria is currently generating. International policy commentator Rotimi Sankore made an observation recently on how Qatar; a country with about 2 million population counts which, comparatively, is the size of a local government in Lagos state; effortlessly generates 10, 000MW of electricity.

A matter of priority

Recently, the Federal Ministry of Power, Works and Housing reported that the total quantum of electricity generated on the Nigeria’s power grid fell by 1,507.3 megawatts, dropping from a peak of 4,845.4MW to 3,338.1MW. Just on Tuesday, it was revealed that the Nigeria’s power sector lost about N9,793,000,000 (between August 26 to August 30, 2019) due to constraints from insufficient gas supply, distribution and transmission infrastructures.

The problem we must fix

While everyone is talking about diversifying the economy, we must enter into talks on how to diversify our power generating sources. China, today, tops the list of countries with the highest electricity production. China did not achieve this on a monogamist power source.

The country has explored a wide range of sources and they can rest on their success. It’s interesting to see Nigeria at an advantage as most of these unexplored sources are readily abundant –and only untapped. Some of these sources include:

Nigeria’s erratic power supply can be a thing of the past if power is well budgeted for, and closely monitored to see projects around it delivered without misappropriation of its fund. There are no two ways to it. Power use is central. We either help businesses thrive by saving them undue cost, or kill them naturally and leave the nation to remain the world’s poverty capital.

Robert Mugabe: as divisive in death as he was in life