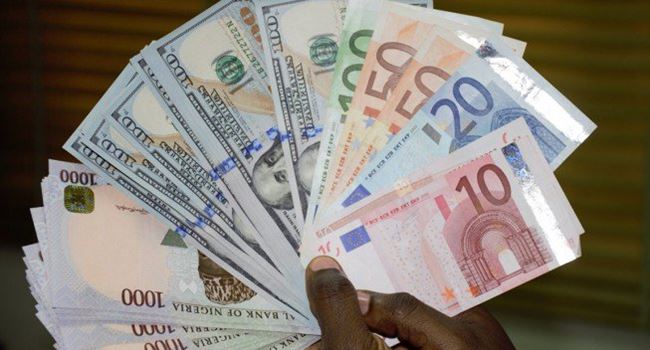 With existing policy inaccuracies, it may seem rather difficult to subdue current economic challenges anytime soon. Unfortunately, updates on the state of the economy aren’t encouraging enough and concerted efforts from the government and the people must go into its re-development.

Largely, it is safe to say Nigeria has not actually recovered from the 2015 recession that plunged it into series of growth-threatening crises. However, and with some indications that Nigeria might nose into another recession, what the country must do to recover or grow depends on how effective, accurate and sustainable new policies will be.

On a general outlook, Nigeria is not alone. The world’s economic stance looks much depressing, especially since the US-CHINA trade war began with the two powerful countries levying taxes on its products. Reports, on the state of the world’s economy, have revealed that a number of the world’s largest economy countries are teetering on the edge of recession.

In a list of five which CNN published recently, these big economies are mentioned to be at risk of recession. And, regrettably, the hour is near than imagined. The U.S. and China are not excluded. Despite leading as largest economies, they have been witnessing economic contraction lately together with Italy, Germany and even the UK.

Understanding the significance of the trade war

These two giants have long been the drivers of world’s economic locomotion that a knock in their engine is a complete in the world’s system by way of economic ripple effects. What this means is simple: if the world’s sources of fund is challenged, the world suffers.

To illustrate in simple terms, this is the case of an orphan –the trials faced upon the death of parents. Hence, as the U.S. and China struggle to stabilize, other nations that trade with them will suffer some inherent level of instability. On a global level, a report from the International Monetary Fund, has pegged the projection for global growth to 3.2 percent, coming as the lowest rate in the last 10 years.

The place of Nigeria…

Today, analysts predict that the Nigerian economy is teetering on the edge of recession as observed, comparing its recent performance against its previous stats. Some concluded that it’s inescapable. Either ways, we must rise up to resist or manage whatever the situation turns out to be.

The federal government claimed that the nation is food sufficient, hence denied Forex for food importation. According to the policy makers, if the country must grow, citizens must embrace local production. This way, the naira can appreciate gradually and local producers can benefit from their businesses. Putting it into perspective, consumer choice might suffer to help boost the economy from within. This, no doubt, is a long term investment.

There are questions flying around on whether the country is prepared or ripe enough to accommodate some recent developments by the government. Critics of the government think policies should be made after government must have adequately catered for a situation. If a ban is to be placed on a commodity, then, the nation must have built a reserve or secured alternatives.

The general knowledge about any economy is its tendency to expand or contrast, depending on the state of affairs of the economy on account of its latest performance drawn against a previous point of reference. This understanding helps us explain inflation, recession, growth, unemployment, GDP etc.

The problem with Nigeria?

Running a devalued currency isn’t completely the root of the problem. In fact, we have a long list of devalued currencies in the world when compared with the dollar. As powerful as China is, its Yuan is weak contrasting the dollar.

Our problem, however, is heavily built on the fact that for a long time the country had about nothing to exchange on a foreign trade level outside our oil. We once invested in agriculture but swayed off upon the discovery of oil. And, when the global price of oil crashed, the nation had to lick its butt. The story could have been a different one if the economy were much diversified from the onset. The trade idea is building a national market where other nations find a commodity of need within the country’s shore.

More unfortunately, the height of the nation’s instability peaked when the country had to look outside for goods and products that could readily be produced if invested in, locally. To economists, a failed economy is one that basically doesn’t take advantage of resources at its disposal but instead sleeps on it and snores through until things go south.

The stats, the government and the people

From the NBS, the GDP is predicting another major fall. If it happens, another recession slides in. The implication of this is a fall in real income, employment, industry production and even neighbourhood commerce. The concern would, then, shift to know if the instability will be brief or long –brief to be endured or long enough to flip the economy to ground zero. So, how ready is the government, and how informed is the people?