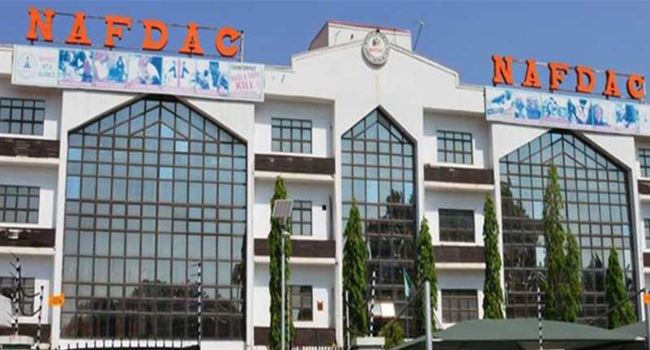 Nearly six of ten computer accessories in a typical Nigeria retail store is a fake product. The American financial and business news portal, Business Insider, confirmed this in a report stating that 20 out of 47 products, following a counterfeit testing investigation, turned out to be counterfeits of leading original products.

This generally explains why shoppers are often found probing vendors and retailers on the originality of products at the point of purchase in places like the Ikeja Computer Village, Marina market, Oshodi market, Aba, Onitsha Main Market, Kano, Bodija market in Ibadan, etc.

The norm, as observed, as with the case of Ikeja Computer Village, is to insist requesting for an original product before the retailer digs further into his collection to fetch the original counterpart.

According to the Organisation for Economic and Co-operative Development, OECD, fake goods in the year 2013, alone, accounted for about $461 billion, a 2.5% of total world trade. In Nigeria, nearly every household is a stack-space of those goods as wars against counterfeit products have not addressed the business criminality and cheat to any significance.

Forbes, in 2018, described counterfeiting as the largest criminal enterprise in the world. According to Forbes, estimated sales of counterfeit and pirated goods total $1.7 trillion per year, which is more than the recordwhen compared to drugs and human trafficking.

Nearly in every industry

With a year-on-year growing trend, counterfeit products have technically found a way into virtually every industry sector. Even worse, its menace hasdominated major market space, Nigeria for instance, subduing economies and leading to negative implications for many trademarks and brands.

Read also: BUSINESS REVIEW: How is Nigeria dealing with its devalued currency and resisting another seemingly inevitable recession?

From common footwear stock to food, from clothing materials to utility accessories, and from medical pharmaceuticals to cosmetics; Nigerians, sometimes, cannot tell the difference between an original product and it’s counterfeit. Thanks to how absorbed and saturated the market has been over the last 2 decades.

Away from the aforementioned categories, Nigeria also finds itself besieged in the pool of fake electronics, computer software, books, DVDs,household ware, infant toys, and even more despondently the nation’s currency.

Where do counterfeits come from?

On a global level, China might be blacklisted as producer of nearly 80% of the world’s counterfeits, according to verified reports; however, Nigerians, with the aid of an appreciable advancement in technology, have also learnt the art. Today, a product can be made in a remote city but upon finishing carry a “made-in-China” label.

It is enough consequence that the Nigerian market has lost its credibility in the face of local and international shoppers. Trust is lost. A product in a Nigerian store is believed to be inferior.

How products are easily manipulated at the disservice of rightful companies who have spent millions and billions building a brand is enough discouragement. A common leather belt must be tested and verified strictly to ascertain its originality.

What this leads to is market reservation. Shoppers become hostile, and prefer to patronize foreign stores. In the long run, retailers, malls, stores fold up. And there is a fear for investors to consider the Nigerian space. It doesn’t end there; a genuine Nigerian product then suffers from this ill-branding.

Impacts on employment and job opportunities

When products are pirated, and counterfeits sweep the market space, companies producing original products suffer. They witness a fall in revenue and might have to cut down on staff along the line. Nigeria’s economy, despite heavily subdued in the pervasiveness of unemployment and underemployment, risks an opportunity (at sight) to be invested into.

Beyond the basic definition, counterfeit consumer goods can be summed as goods, often of inferior quality, made or sold under another’s brand name without the brand owner’s authorization. Reviewing the implication in legal terms, this is simply an infringement on either the trademark, patent or copyright of the brand owner by deliberately passing off goods as made by the brand owner.

How to identify fake products

Considering the widespread of these products, there are some subtle signs to stay on the lookout for in avoiding falling victim. These include;

While counterfeit production may have been established to lead to negative impacts, international crime operatives have also identified it as one of the potential ways terrorism and organized crimes are funded.

Hence, while the Nigerian economy still struggles with an over bloated unemployment rate, pronounced joblessness and market drain; to restore sanity in the nation’s market, strict policies must be formulated to checkmate this uprising, dealers in counterfeits should be heavily panelized,and goods (irrespective of market worth) should be confiscated once apprehended. This way it will serve as deterrent to other actors.