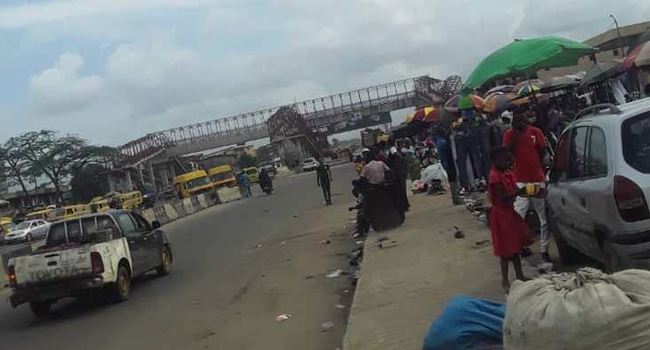 Existing only as a remote area, a space more or less a vast bush path on the other side of the old Abule Egba town, up until the 80s; what is now famous as one of Nigeria’s business district, the Katangowa market, has transformed with the passage of time.

The history of the market dates back to four decades ago when the space, which is now occupied by the Katangowa market, welcomed its first settlers who were predominantly Hausas, perhaps, seeking new space (away from the existing Yoruba-dominated town’s centre) for commerce, shelterand livelihood around Lagos, the then federal capital territory of Nigeria.

For a very long time, around the 80s, bulk of what was seen of the space aside increasing settlement was the mechanic village that accommodated spare part dealers, panel beaters, and other automobile experts. These men had soon found the space of great service –remote enough to work away from home, economic enough that anyone could afford if need ever arise for procurement.

Till today, the village exists –staining its part of the larger Katangowamarket with black oil and fume from fuel combustion.

Lying just on the right along Abubakar Street, the mechanic village spreads significantly with its tail end remaining the village’s centre of activity, and often characterized by heavily loaded trucks with automobile spare parts for sale or recycle.

History of the clothes market 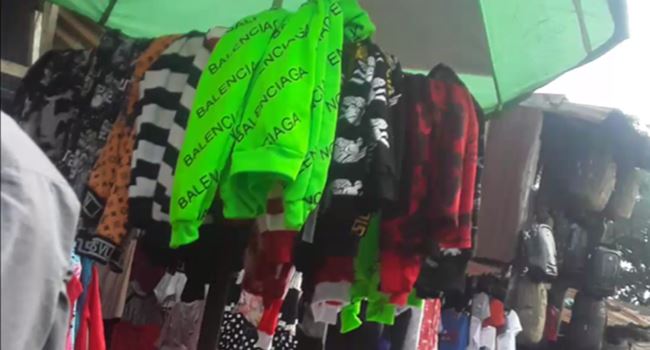 After initial reluctance by the Abule Egba community to take advantage of the region as another centre of commerce as it is today, the space, however slowly, built up as years passed. And, instead of just Agege, Mushin and other major customer regions, some resident traders began exploringthe area –hawking their wares to supplement local sales.

Not long, beside the mechanic village, make-shift tents floated side by side –giving rise to a mammi-market that did not thrive. Traders accepted that area wasn’t their Canaan land; they moved.

After successive years, Hausa second-hand clothes dealers used the space to stock their wares before moving them to various points of sale. The space which was serving as mainly residence for many, soon, became a warehouse of a sort and a pseudo-market.

Before long, retail buyers visited their wholesale sellers at home for cheaper bargain, changing the narrative of a remote space thought to be a space of little significance. Today, that space is where millions of nairaexchange hands under the administration of a Sarki Kasuwa, whose office sits at the centre of the market. 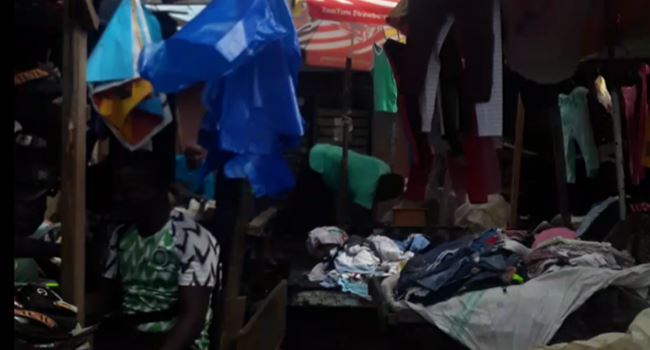 Since the commencement of trade of second-hands clothes and accessories, the Katangowa market has become the busiest clothes market in Nigeriawith heavy traffic of people calling in from within and outside Lagos especially on its major market days –Mondays, Wednesdays and Fridays. This is so because a vast majority of the middle class depends on these stocks to economize while ensuring to buy quality.

In fact, the Katangowa market is many’s first choice boutique and clothes showroom. It is likely that about 60% of people at a point in their life patronized the Katangowa market before gaining financial stability to chase after brand new shirts, belts, trousers, shoes, bags, etc.

Major markets spread out in sections, the Katangowa is not an exception. Aside noticeable tribal zones where a tribe (like the Hausa for instance) can be seen dominating a quarter or the Igbos largely claiming a wing of the market, there are several sections dedicated to market different stocks. These sections include but not limited to; 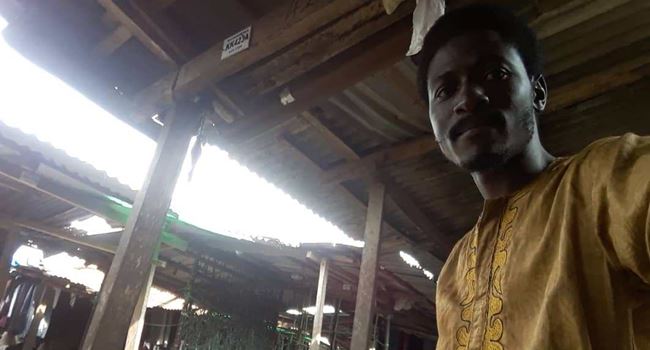 Despite the fact that the market is largely dominated by Hausa and Igbo businessmen, there is a minuscule count of Yoruba traders who are directly or indirectly doing business within the market. Hence, the Katangowa is one of the few places where the 3 major Nigerian tribesmeet on a daily basis, promoting national tolerance.

Since the emergence of the Katangowa market, traders have contributed to the development of the space –from an abandoned space to a commercial orbit. Today, buyers and sellers troop in from neighboringplaces to do business in the area. What we now have in the space today is more than a trade centre.

Read also: BUSINESS REVIEW: How is Nigeria dealing with its devalued currency and resisting another seemingly inevitable recession?

Today, categorically, the existence of such a large market has inched a step further to accommodate other nuclear businesses springing upwithin the larger complex. While the clothes business is on, tailors can be found at strategic corners serving buyers who might consider mending a stock before heading home. Also, aside tailors; there is a long list of other professions and businesses taping from the force pulled by the market. These include;

Today, in Katangowa, we have schools around the neighbourhood the likes of Queen Diana School just somewhere near the market centre. With the high rate of rent levied on apartments in Lagos, the market stalls are serving as pseudo-rooms in the evening for some who have taken refuge in the market. 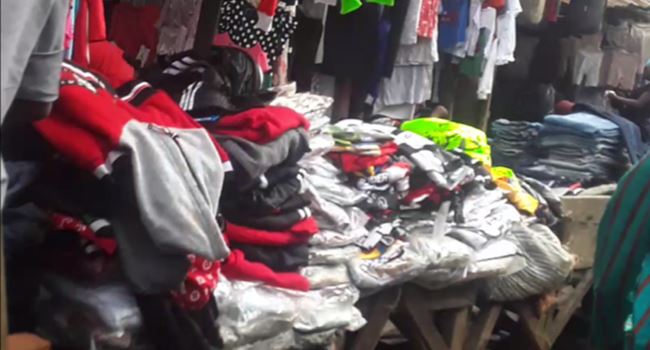 As Katangowa became famous as a leading seat of fashion wares at cheap prices, more people have lived doing the clothes business to sustain their families. Some of these people are wholesalers while some are retailers. On the west wing, the area close to the Lagos-Abeokuta road, Igbo retailer(s) line up the curve that crawls into the heart of the market from the tip of the express road to the east wing adjoining the Hausa dominated area.

On market days, large number of bales (clothes pack) are sold that converts to millions of naira. And, despite the fact that recently, a similar market has emerged in Oshodi, the crowd at the Katangowa has not seemed to diminish. In the business, stocks come in grades and tell on the prices they go for.

Where are the stocks from? 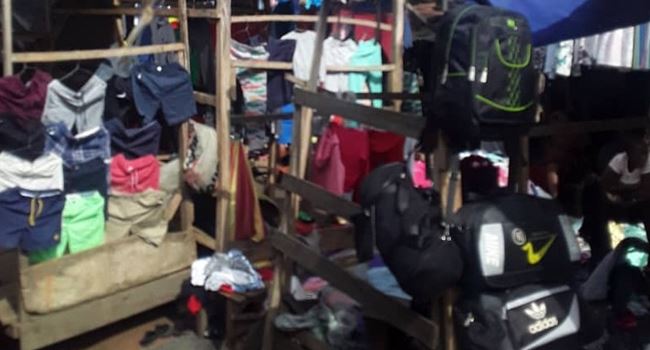 These stocks are fairly used clothes and accessory supplies shipped inthrough Cotonou in the Republic of Benin from countries like China, the UK, Dubai, Korea amongst others. From Cotonou, large bales are directly dilevered to major warehouses in Oshodi, around Arena. From these warehouses, owners can distributes and supply their various markets.

Recent partial border closure, for instance, can influence hike in prices of these stocks as businessmen attempts to make up for any loss incurred.

Katangowa has been the largest commercial point in the Agbado/OkeodoLocal Council Development Area, and will continue to remain so. As long as demands for these stocks keep shooting high, the second-hand clothes business will continue to be passed on to generations unending. 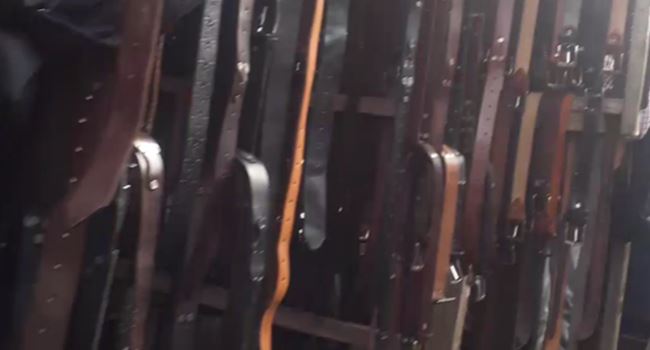 What must be done, however, on the improvement of the quality of life in this area (that homes the largest trade arena in the Agbado/OkeodoLCDA) is for the government to design a structure that will not only give the market a facelift but also enhance the welfare of the market community.

The need of basic amenities and infrastructures; such as clean pipe-borne water, well-managed public toilets and proper market mapping;cannot be overemphasized.