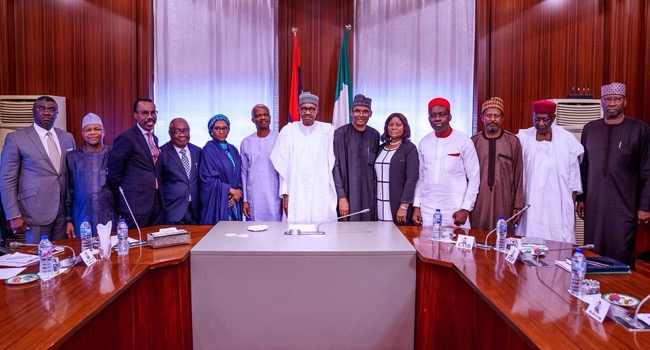 The march to economic stability has been rather too difficult for Nigeria, not particularly because of its massive population size of about 200 million but for widespread commonplace irregularities in practices, shallow insights resulting from expertise deficiency, and for the observed poor technology deployment both in the public and private sector.

This is so because those in position as stewards have chosen, perhaps, not to take the route that does across farther into the future in giant leaps but limps. The game of nation building has more to do with being intentional about growth, being purposeful about reforms and being clear on terms and conditions towards such end.

Hence, like in the case of Nigeria, it is only natural that little, hard-to-notice progress has been attained, so far, since public and private sectors actors are hell bent to sabotage processes, construe policies and manipulate standards.

While the border, for instance, has supposedly been locked under the command of the President in August, a lot of infiltration continues. Today, it still cannot be said that smuggling, the reason for the closure, has finally been driven to a halt. To say the least, one begins to wonder the essence of a policy seemingly falling flat on its back.

It is for this reasoning that walking backward into the future seemed to be the order of the day. The aftermath is that this project, Nigeria, didn’t scale. Therefore, in explaining this in context, let’s consider a few things for the sake of this review;

Perhaps, much more progress would have been recorded if our politics hasn’t been put on reward pegs where office holders have considered the privilege as means to onboard only their next-of-kin(s). Worse still, when the said next-of-kin(s) are not technically qualified for assigned positions in government. This is a typical way to illustrate walking backward into the future.

For true development to be recorded there is the urgent need to stop this act that is shooting us right on the foot. Nigeria must be intentional about its development and stay true to the cause via appoints of capable hands where necessary. While this is not only a thing for the public sector, the private sector as a key building block must equally see that this holds.

In government, for instance, a common area this is often over flogged is the awarding of contracts. Aside not putting measure in place to monitor progress and evaluate the process, awarding of state contracts to friends and families of public office holders has crippled the economy and caused great disservice to public good. This has accounted for the dearth in infrastructure as could be observed across board.

The ripple effect of this is what is witnessed in business where business owners have to struggle with harsh economic realities.

Like the case of unmerited appointments, another missing link is the lack of a well-structured framework for capacity development.  Aside political tourism, it seemed that public office holders do not remember their mandate is to develop capacities by way of investing in state’s human asset.

It is as a result of this despicable factor that Nigeria is a nation importing talents and skills. Today, surprisingly, there is hardly a sector where top experts in charge are not foreigners.

Of course, standards must not be compromised but what are we doing to train natives? The trend is the same –from medicine to construction, from telecoms to academics and even sport. There is no better way to describe this other than walking backward into the future. And, the only remedy is a complete shift.

Nigeria hasn’t recorded much progress owing to the fact that priorities are not professional reviewed and decided upon. For developed nations, they understand the place of steady power supply for the growth of an economy and readily invest in it.

On the contrary, Nigeria continues to struggle with epileptic power supply which could have been solved by investing in it and following the process through to execution.

Development might not happen over the night, but the attitude to truly develop the country can be changed over the night. Public office hold must realize that their mandate is nation building and not private purse building. They must go out of their way to set priorities right and invest in building capacities.

In a nutshell, what Nigeria must avoid is walking backward into the future.