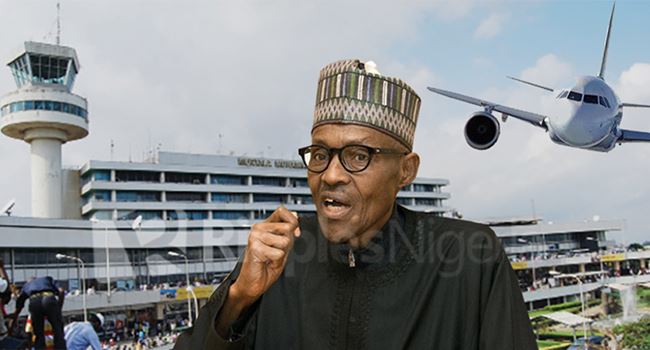 Sadly, on records, Nigeria has a long history of plane crash incidents. Perhaps, the highest number for any country within West Africa or Africa all combined. From the November 1969 Vickers VC-10 Airplane that killed 87 passengers when it crashed in Lagos against trees, to the September 1992 Lockheed C-130H Hercules, terminating the lives of about 158 occupants after crashing near Lagos. Some incidents claimed lives of over 100 passengers while others claimed a little below. The list is endless.

More recently, in 2005, Bellview Airline Boeing 737 crashed also in Lagos sending another 117 people to the greater beyond. Equally fresh on the memory is the ill-fated Sossoliso plane crash that consumed 108 persons reportedly mostly students of Abuja’s Loyola Jesuit College when it attempted landing at the Port Harcourt Airport.

Aside air disasters that have so led to the termination of lives in the past; Nigeria has equally witnessed a handful of other lesser magnitude disasters, especially in recent times, which merely stirred up conversations where authorities (in the defense of the ordeal) basically promised to commence investigations into possible causes.

Without mentioning the national loss of the June 2012 incident of a Dana aircraft that crashed, killing its 153 occupants; Nigeria has significantly suffered great hits –with some described as the worst occurrence in the history of aviation at both national and international level. Hence, as businessmen and with our awareness of recent happenings, it is imperative that we start asking probing questions and stop observing the trends.

There is an underlying fear that if proper measures are not put in place, and efficient reforms are not made; the country can only stand a risk of witnessing planes dropping from the sky. For many, flying has been the solace since our road networks are bad and government has failed to provide comparatively competitive alternatives.

Recent incidents to bear in mind

With billions of Naira going into the sector from the annual budget, and billions being made from revenue year-on-year, a top notch service from the aviation sector is not too much to ask for from a responsible government in charge of Africa’s largest economy.

It would be recalled that in March 2019, Managing Director, Federal Airports Authority of Nigeria (FAAN), Mr. Saleh Dunoma, went before the House of Representatives Committee on Aviation in Abuja, proposing N101.67 billion for the 2019 budget. Aside confirming that the proposed figure is a 14.5 per cent increment against the 2018 N88.8 billion, Saleh Dunoma noted that this increase is coming as a result of the projected rise that is expected in passenger traffic.

Read also: BUSINESS REVIEW: Is Lagos prepared for the consequences of a Dangote refinery?

With fear recently engulfing the aviation space, a drastic fall in patronage might greet the sector. This fear is a scarecrow for investors. If the country cannot afford safe trips to and fro, the discussion table to engage foreign investors especially is broken. How well this will sharply affect our Direct Foreign Investments (DFI) and portfolios becomes an economic concern.

Other complaints from people

We operate a sector languishing in mess and riddled with proliferations. With efforts to deal with poor infrastructures, we see how emigration officials embarrass passengers, extorting them on account of undue advantages. The story has always been the same: unexpected bribe request or suffer delays at the airport. Other complaints we gathered from frequent airport users in our recent survey include:

What must be done?

All loose ends must be tightened. What sort of intervention strategy and team do we have in place? A failed system is all that is responsible for death of hundreds of casualties. What is the state of readiness of the fire brigade, civil protection or the healthcare service in any case of emergency? What exactly are the billions budgeted to run the sector funding if not crucial areas as this? But, what do we know?

Government must, therefore, intensify on how its officials monitor and regulate the sector. As much as airline owners should be held responsible in the event of an occurrence of a disaster, government equally has a share in the probe. Government, through its various regulatory agencies, must rise up to prevent instead of its perpetual cure approach that doesn’t help matters.

We will not pat the government on the back when they fail in their responsibilities. No! Instead, we will nail them. It is our job that comes with public trust as analysts. In a situation where our aircraft are throwing up on account of mechanical failure that could have been checked under strict maintenance processes, sabotage due to negligence or human error from operatives; we cannot keep mum but vent. That a fee is paid (alone) for this service as flight ticket is enough to fuel our anger.

What the government must do is to be swift enough to limit possibilities of disaster occurrences while staying afloat and prompt in addressing other forgivable unavoidable, unforeseen circumstances. Anything short of this, we are unapologetically about our stand because we must not wait until planes are dropping: let the government declare state of emergency on the aviation sector.