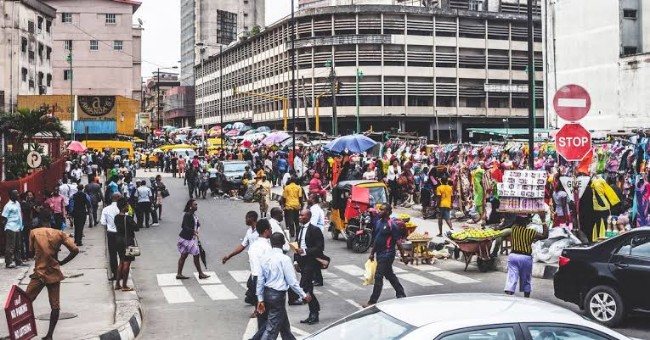 Nigerians spent N135.85 billion on importation of motorcycles from different part of the world in six months.

The National Bureau of Statistics (NBS) disclosed this in a report on Foreign Trade in Goods published on its website recently.

According to NBS, Nigerians spent N61.25 billion on the importation of motorcycles in the last three months of 2021 and another N74.6 billion in the first quarter of this year.

The agreement between the two parties was signed on Monday.

According to a statement sent to the Nigerian Exchange Limited (NGX) by Oando, the oil firm will support the electric bus initiative with the deployment of charging infrastructure and service centers (EV Infrastructure Ecosystem) across Lagos.

A new survey by S&P Platts has shown Organization of the Petroleum Exporting Countries (OPEC+) members failed to meet May oil production targets, with Nigeria being one of the countries that fell short.

Other nations mentioned were Angola, Equatorial Guinea, and Congo. Amid the shortfall, OPEC+ agreed to raise production output by 648,000 barrel per day (bpd) next month and August, in contrast to the initial 432,000 bpd agreed.

The fall in May’s production quotas across board followed OPEC’s inability to pump about 2.7 million barrels daily in April, according to Oilprice. However, Russia was able to up its output last month, although, their levels is expected to drop in the coming months.

Three months after the Federal Competition and Consumer Protection Commission (FCCPC) directed Google to pull down apps of some online lending platforms, the search engine giant has deleted Sokoloan and two other apps from its Playstore.

Checks by Ripples Nigeria on Friday revealed that Sokoloan, Speedy Choice, and EasyMoni are no longer on Google Playstore.

Google, however, retained GoCash, EasyCredit, and Okash on its Playstore.

The International Air Transport Association (IATA) on Thursday said African airlines recorded a 116.2 per cent increase in passenger traffic in April 2022 compared to the same period in March 2021

This was disclosed by the International Air Transport Association (IATA) in a statement issued on Thursday, indicating that air travel continues to be on a strong recovery trend.

According to IATA African airlines’ traffic increase is better than the 93.3% year-over-year increase recorded in March 2022.

Investors in the Nigerian capital market lost N12.52 billion at the close of trading on Thursday.

This followed the drop in equity capitalization from N28.67 trillion to N28.66 trillion after eight hours of trading.

On the tech scene, ShipBlu, Indicina, Nice Deer, Bud Financials, Esusu, Chipper Cash, Juni, GoMyCode, FLEETCOR were some of the names that made the headlines this week.

Also, Swedish eCommerce FinTech, Juni, closed $206 million in a Series B and venture debt funding round, going on to be the largest raiser for the week.

Related Topics:Business RoundupOPECtech
Up Next