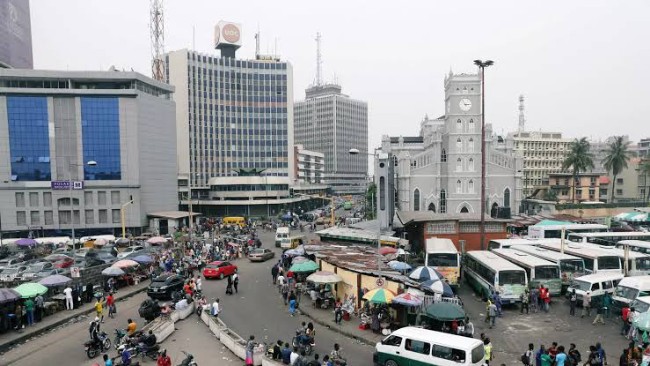 Ibom Air, one of Nigeria’s carriers, has opted to not participate in the planned suspension of flight operations by Airline operators on Monday, May 9, 2022, over the rising cost of aviation fuel.

Ibom Air disclosed it decision in a statement on its Twitter account shortly after Minister of Aviation, Senator Hadi Sirika appealed o airline operators to reconsider their stance on shutting down.

In a statement on Saturday, Ibom Air stated that it acknowledges the existential threat that these runaway fuel price increases pose to the air transport industry in Nigeria and agrees that this out-of-control situation is simply unsustainable.

Georgieva’s caution comes on the heels of emerging markets like Central Africa Republic joining El Salvador to officially declare bitcoin as a legal currency, in relations to their country’s fiat.

Ripples Nigeria had reported both Central Africa Republic and El Salvador had adopted the cryptoasset to support their domestic currency and sustain their economy by luring bitcoin holders to their country for business transactions and tourism.

The Central bank of Nigeria (CBN) continues its withdrawal from Nigeria’s external reserves as it continues its intervention in the forex market.

What this means is that the reserves dropped in two weeks by $384 million.

The latest development follows the announcement from the federal government that the balance in the excess Crude Account, as of April 27, 2022, stood at a paltry $35.372 million.

In the first four months (January to April) of 2022, the volume of dollars traded (turnover) in the Investors and Exporters (I&E) window of the foreign exchange market rose to $14.53 billion.

Ripples Nigeria analysis on monthly turnover from FMDQ securities where Naira is officially traded showed that $3.22 billion was traded in January followed by $2.13 billion in February.

For the fourth time this year, Nigeria again failed to meet the oil production quota allocated to member countries by the Organisation of Petroleum Exporting Countries (OPEC) in April.

In a report released by OPEC on Monday, the oil cartel said Nigeria produced 1 .39 million barrels per day as against the expected 1.735 mb/d.

What this means is that Nigeria’s oil production plunged by 40,000 barrels per day, translating to 1.2 mb/d during the period.

Investors at the Nigerian capital market pocketed N53.4 billion following the rise in equity capitalisation by 0.19 percent on Friday.

On the tech scene, Norebase, Kwaba, Black Girls in Tech, GoMetro, The Baobab Network, Hello Tractor, and Crop2Cash were some of the names that made the headlines this week.

Related Topics:Business RoundupCBNNigeriatech
Up Next