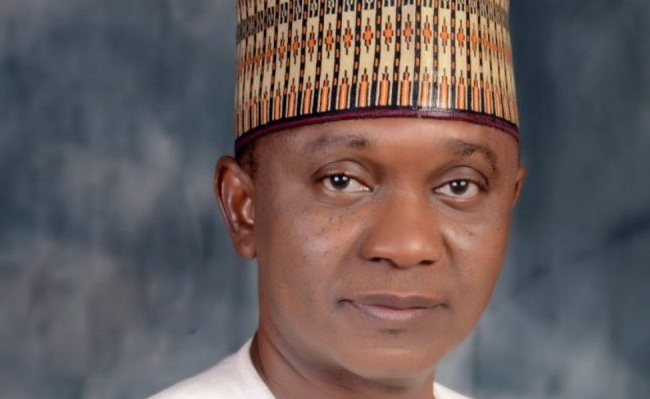 The continues existence of Corporate Affairs Commission (CAC) hangs in the air as the House of Representatives committee on finance has threatened to shut down the commission’s operation.

The lawmakers also ordered the budget office of the federation not to provide funds to the commission until the finances of CAC has been checked.

The committee gave the directive on Tuesday during the interactive session on the 2022-2024 Medium-Term Expenditure Framework (MTEF).

Factors behind the threat
Lawmaker, James Faleke, who is the chairman of the panel, had queried the CAC for their failure to generate revenue higher than the commission’s expenditure.

It was gathered that the CAC had been underperforming in terms of turnover in four years, from 2016 financial year to 2019, and first quarter of 2021.

For 2020 turnover, the commission’s revenue rose to N19.163 billion, higher than N13.2 billion expenditure for the same year, while in 2021, CAC’s estimated revenue was N20.74 billion, slightly above the N19.28 billion the government-owned entity estimated as expenditure.

But the CAC has generated N3.19 billion as revenue for 2021 first quarter, while it has spent N5.136 billion during the same three months period.

CAC spending money its not providing
Faleke queried the Registrar-General of CAC, Garba Abubakar, while faulting the financial operation of the commission. He said the CAC is spending the money its not generating.

He said, “When you pay yourself revenue and allowances that take away our revenue, that you ought to have remitted to the government, it is not acceptable.”

Faleke also stated that CAC’s finance department is, “putting figures together so that the money you will remit to the federation account that will help Nigeria will not be there.”

CAC claims gap between revenue and expenditure is strange
In the commission’s defense, Abubakar said settlement of outstanding liabilities gulps the capital of CAC, while Ibrahim Gano, an accountant with CAC, said its strange that the government corporation spent more than what it is generating.

However, he said that is not the true picture of the situation with its expenditure. Gano said the gap is caused by CAC’s accounting system.

In his explanation, Gano said, “Liabilities that are due for a given year were recognised and they were duly impacted on our account. Liability was recognised in our balance sheet.

“For 2021, the possible explanation is apparently because there were payments that were done upfront, for example, housing of staff, staff housing allowances, payment were actually done, but we amortised them over a period of 12 years, so it will impact on your P and L, there is an outlay that a certain amount has been spent. But you take monthly amortisation that are being made, amortisation means expenses.” He said.

Soli said that was why there was confusion with CAC’s accounting system, “Do you know what is cooking in accounting?” He asked the representatives of CAC.

The lawmaker said, “Are you sure that you are not cooking your books because when you cook your books, it is always hard for a layman to understand? That is what we are facing now. If you say that you have generated this, but you have expended this.”

Shutdown of CAC, funding of commission suspended
The committee of finance said it will have to shutdown CAC if it means saving the revenue of Nigeria, as they directed the commission to provide line by line expenditure details from 2018.

Faleke’s commission in its final submission said CAC is borrowing money in advance, to pay for liabilities upfront despite not having the money.

He directed the budget office to invite corporate affairs to its office, but not to have an agreement with them until the committee of finance is done with CAC.

“We are making this clear to you, there should be no budgetary approval for them until we finish with them. If we have to close down corporate affairs to make money for Nigeria, let us do it.”

Nigeria gets new statistician-general, as Yemi Kale bows out