CAF Awards 2019: All you need to know ahead tonight's ceremony | Ripples Nigeria 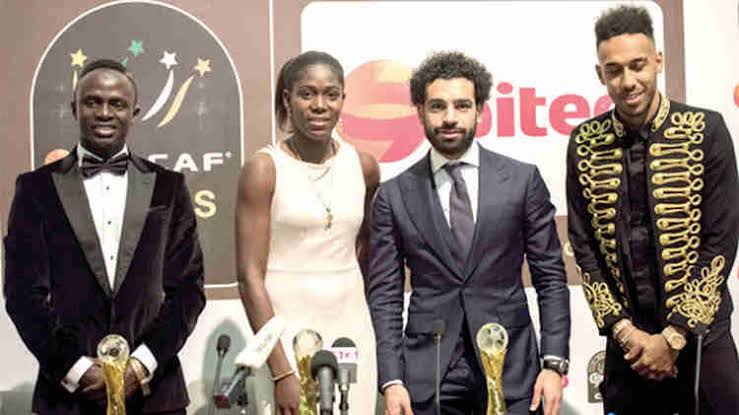 The Confederation of African Football (CAF) will be hosting its annual Awards ceremony on Tuesday in celebration of heroes of the sport in the continent for the calendar year of 2019.

Ripples Nigeria’s Ben Ugbana puts together salient information about the event to help you stay in tune with Africa’s biggest awards gala in football.

What is it about?

The continental football body has also said that there will be several new award categories in recognition of exceptional contributions to African football and inspiring individuals.

Where and when is the ceremony?

The 2019 awards ceremony is set to hold tonight (Tuesday, January 7, 2020) at the Albatros Citadel Sahl Hasheesh, Hurghada in Egypt.

Time for the kickoff of the event is 8:00p.m Nigeria time.

Who is up for an award?

The biggest award of the night – the African men’s player of the year title – is being contested for by Senegal’s Sadio Mane, Egypt’s Mohamed Salah and Algeria’s Riyad Mahrez.

The women’s category of the same award will go to one of Nigeria’s Asisat Oshoala, Cameroon’s Ajara Nchout and South Africa’s Thembi Kgatlana.

Other contenders for titles can be found here: CAF Awards final shortlists.

Which Nigerian players, teams and coaches are up for titles?

As earlier mentioned, Super Falcons forward, Oshoala is in the race for the women’s player of the year award. The Barcelona Ladies star has won the award three times, and will be gunning for a record-equalling forth tonight.

Also, Super Eagles duo of Victor Osimhen and Samuel Chukwueze are in the running for the African Youth player of the year. Morocco’s Achraf Hakimi is the third man in that category.

Meanwhile, former Super Falcons coach, Thomas Dennerby stands a chance of winning the women’s coach of the year after leading the Nigerian team to the second round of the 2019 FIFA women’s World Cup.

And for reaching the round of 16 in France, the Falcons are in the race for the African women’s national team of the year award.

How are winners selected?

According to CAF, the final phase of voting for the men’s and women’s African Player of the Year, as well as the male and female Coach of the Year, will be selected by Head Coaches/Technical Directors and Captains of senior national teams from CAF Member Associations.

Of course. Former African Player of the year and Cameroon legend, Samuel Eto’o will be hosting the event. And a host of other legends including Nigeria’s Kanu Nwankwo and Daniel Amokachi; Didier Drogba, Yaya Toure, El Hadji Diouf, Kalusha Bwalya and Roger Milla will all be gracing the ceremony.

Oil soars past $70 on the back of US-Iran tension: What it means for Nigeria’s 2020 budget