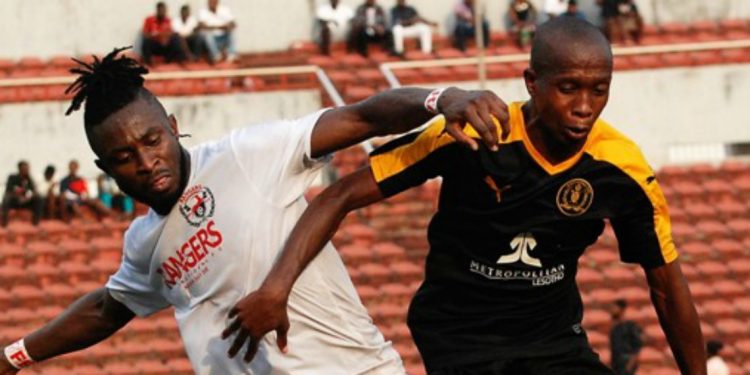 Enugu Rangers fell to a 3-1 defeat against Pyramids FC in the CAF Confederation Cup at the Nnamdi Azikiwe Stadium, Enugu on Sunday.

Despite scoring first and being ahead at half time, the Flying Antelopes gavit all up in the second half as they played with 10 men following the red card of skipper Tope Olusesi late in the first half.

Ibrahim Olawoyin opened the scoring in the 28th minute of their opening group clash in the continental second-tier competition.

The visitors rallied back with their numerical advantage as Mohamed Farouk levelled scores from the spot in the 54th minute.

The Egyptians built on their comeback and went ahead for the first time in the game when Amor Layouni scored in the 86th minute, before Islam Issa sealed the win from the spot two minutes from time.

Rangers will face another Egyptian club, Al Masry in their next game on Sunday.