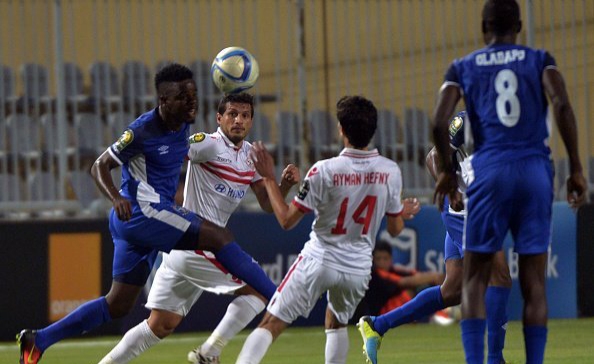 Nigeria Professional Football League (NPFL) club, Enyimba will be hoping to have a superb outing when they host Pyramids FC in their next CAF Confederation Cup game.

The Peoples Elephants fell to a 4-1 defeat in the first leg of their quarter-final tie against the Egyptian club in Cairo on Sunday.

Enyimba did open the scoring with Victor Mbaoma’s effort in the first minute when he stole the ball from goalkeeper Sherif Ekramy.

But the hosts came from behind and hammered the Aba club, with goals from Ramadan Robhi and Abdallah El Said in the first half and a second-half double by Ibrahim Adel.

Enyimba, who are looking to become the first Nigerian club to win the competition, will be hosting the return leg next Sunday.

The Nigerian side will be needing to score at least three unreplied goals in order to advance into the semi-finals.