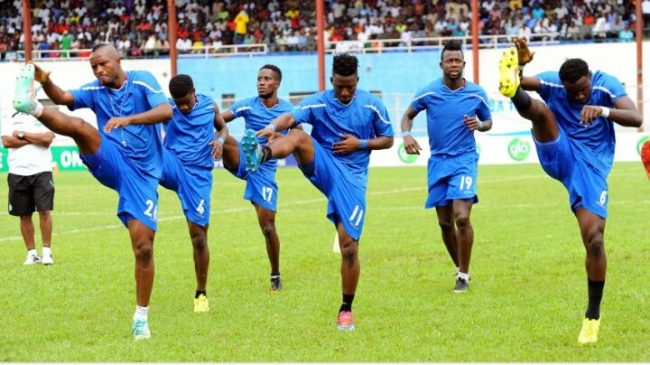 Nigeria’s representatives Enyimba and Plateau United have discovered their first preliminary round foes in the Champions League.

While Enyimba will face Rahimo FC of Burkina Faso, Plateau United will battle Simba SC of Tanzania in the 2020-21 season.

This was revealed by the Confederation of African Football (CAF) after the conclusion of the draws on Monday.

The first-legs of the first preliminary rounds is scheduled for 27th to 29th November 2020.

The reverse fixtures will hold between 4th to 6th December 2020.

Rahimo FC will welcome Enyimba in the first-leg while Simba will be guests to Plateau United in their first meeting.

Enyimba and Rahimo met at this same stage of the Champions League last year with the Nigerian club triumphing 5-1 on aggregate.

Egyptian giants Al Ahly and Zamalek, W.A.C. and Raja from Morocco and Esperance of Tunisia, T.P. Mazembe and AS Vita Club of the Democratic Republic of Congo, Guinea’s Horoya A.C., Mamelodi Sundowns of South Africa and Angola’s Agosto all already have a bye into the second preliminary rounds of the competition.