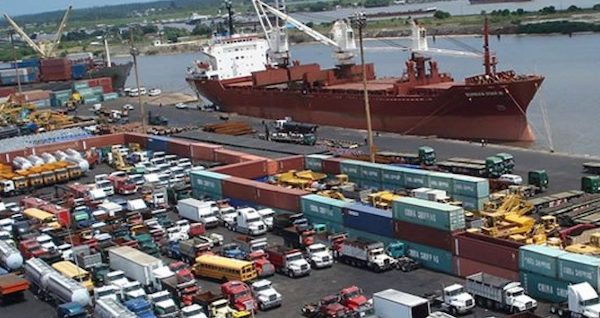 Calabar Port Complex has received its maiden Marguisa Shipping Line’s container vessel, over 13 years after it was concessioned.

The draft limitations on the channel has been the reason for the lack of patronage of container liners.

The Calabar channel currently has a draft of 6.4 meters at high tide, but requires Nigeria Ports Authority to complete the dredging to the advertised draft of 9.4 meters to attract regular and bigger tonnage.

The berthing of the MV Boreas in Calabar is a milestone achieved through the strategic marketing of Ecomarine Terminals Limited, a terminal concessionaire in Calabar port.

The vessel has length overall of 116.23 meters, gross tonnage of 6569 and net tonnage of 2874. Built in 2007, the vessel working for a Spain-based Marguisa, came with both laden and empty containers and securely anchored at ECM Terminals at about 13.27 HRS on Monday 23 September.

The General Manager, ECM, Diran Akorede, who confirmed this said: “The berthing of the container vessel at our facility on Monday was the crowning moment of the several marketing efforts to attract a liner service to Calabar over the years.

“In October last year, we had preliminary discussion with Marguisa representative on possibility of commencing calls to Calabar. To make the call viable to Marguisa, we made several concessions on rates and co-opted other stakeholders into the efforts followed with road shows to sensitize potential clients. The maiden call of the vessel was the outcome of such efforts spearheaded by Ecomarine in conjunction with Marguisa.”

Akorede said, in preparation for receipt of container vessel, the terminal had invested massively in container handling equipment from inception of the concession, most of which had been idle ever since.