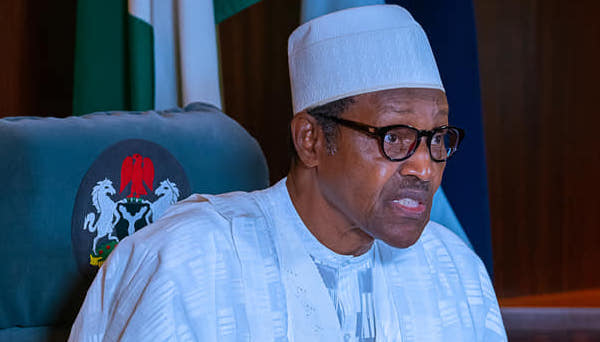 Socio-Economic Rights and Accountability Project (SERAP) has asked President Muhammadu Buhari to revoke his assent to the Companies and Allied Matters (CAMA) Act, 2020.

In the letter dated 22 August, 2020 and signed by SERAP deputy director, Kolawole Oluwadare the organisation requested him to “urgently rescind your assent to the Companies and Allied Matters Act, 2020, [CAMA 2020], and to send the legislation back to the National Assembly to address its fundamental flaws, including by deleting the repressive provisions of the Act, particularly sections 839, 842, 843, 844 and 850 contained in Part F of the Act, and any other similar provisions.”

The organisation also urged him to instruct the registrar-general of the Corporate Affairs Commission, Alhaji Garba Abubakar, and Attorney General of the Federation and Minister of Justice, Abubakar Malami (SAN), not to implement or enforce the CAMA 2020 until the legislation is repealed by the National Assembly, and brought in line with the 1999 Constitution of Nigeria (as amended), and Nigeria’s international human rights obligations.

SERA said if within 14 days of the receipt and/or publication of the letter, it did not hear from the government that its registered trustees would take all appropriate legal actions to compel Buhari and his government to take the measures in the public interest.

The letter read in part: “SERAP is concerned that the provisions would be used by the authorities to exert extensive scrutiny over the internal affairs of associations, as a way of intimidation and harassment, which would eventually unduly obstruct the legitimate work carried out by associations.

“We would be grateful if the requested action and measures are taken within 14 days of the receipt and/or publication of this letter. If we have not heard from you by then, the Registered Trustees of SERAP shall take all appropriate legal actions to compel you and your government to take these measures in the public interest.

“Please note that SERAP has instructed its Legal Counsel Femi Falana, SAN to take all appropriate legal actions on our behalf should your government fail and/or neglect to act as requested.

“Citizens’ decision to join with others in pursuit of a common goal is a fundamental aspect of their liberty. The right to freedom of association also plainly presupposes a freedom not to associate. This freedom is at risk if the government can compel a particular citizen, or a discrete group of citizens, to merge their associations.

“Constitutional guarantees of freedom of association would be very limited if they are not accompanied by a guarantee of being able to share one’s beliefs of ideas in community with others, particularly through associations of individuals having the same beliefs, ideas or interests.

“Similarly, freedom of association creates a forum for citizens in which they may freely seek, without any unlawful interference by the state, to move public opinion and achieve their goals. That ‘forum’ cannot exist if the government is at liberty to treat one association as forming part of another or coercing one association to merge with another association.

“By seeking to suspend and remove trustees, and appoint interim managers for associations, the government seems to want to place itself in a position to politicise the mandates of such association, and to undermine the ideas that the right to freedom of association and related rights are supposed to protect in a democratic society.

“SERAP believes that the government granting itself the powers to suspend and remove trustees of legally registered associations and to take control of their bank accounts constitute an effective restraint on human rights.”

It further said that allowing the government to take control of the bank accounts of association would impact on the rights of the associations, and also seriously undermine civil, cultural, economic, political and social rights as a whole.

“These rights are in fact parts of the attributes of citizenship under a free government. ‘Liberty’ includes the right to enjoy the rights to freedom of association, expression and peaceful assembly. Our constitutional jurisprudence and international standards allow only the narrowest range for their restriction.”

“Combatting fraud, mismanagement, corruption, money-laundering and other modes of trafficking by associations is legitimate. However, it is not sufficient to simply pursue a legitimate interest, limitations need also to be prescribed by law and be necessary in a democratic society.

“Under the Nigerian Constitution and international human rights law, controls need to be fair, objective and non-discriminatory, and not be used as a pretext to silence critics. Your government has legal obligations to create an enabling environment in which associations can effectively carry out their legitimate activities,” SERAP added.