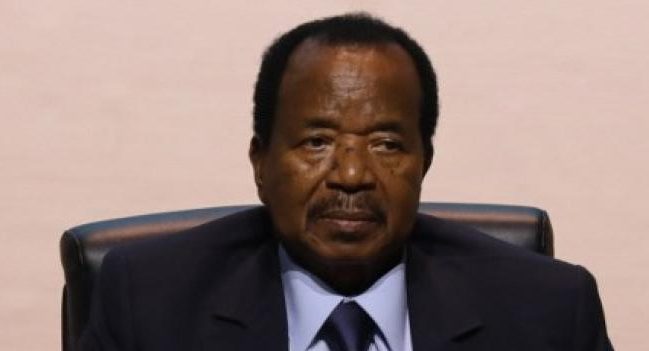 Long-serving President of Cameroon, Paul Biya, has sternly warned English-speaking separatists in the country to surrender or face military action.

Biya who issued the warning on Tuesday night in a rare public speech, also used the opportunity to inform that he is organising a “national dialogue” for the end of the month on all the crises facing the country, including violence that has killed thousands in its Anglophone regions.

“We should all know that we are Cameroonians, appointed to serve Cameroon, not our tribes or linguistic groups,” Biya said.

“In spite of the attempts to destabilise Cameroon, we are happy that our defence forces have fought hard and peace is gradually returning to the restive regions,” Biya said.

Recall that in November 2017, Biya declared war on the separatists and said he would crush them if they did not surrender.

The conflict has since killed more than 2,000 people, internally displaced more than 500,000 and caused more than 50,000 Cameroonians to seek refuge in Nigeria, according to the UN.

BUHARI Vs ATIKU: Tribunal goes on short break to refresh