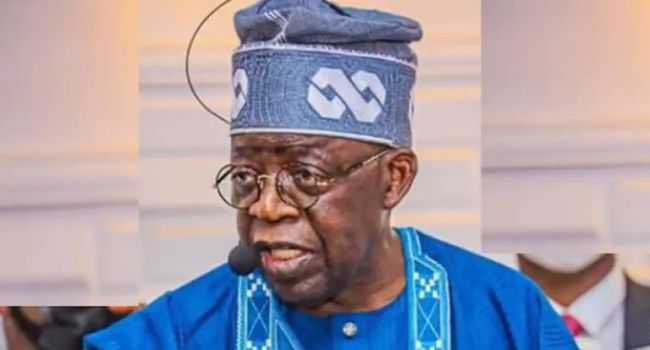 The Tinubu Campaign Organisation on Friday dismissed a report of a meeting between the All Progressives Congress (APC) presidential candidate, Bola Ahmed Tinubu, and the Rivers State Governor, Nyesom Wike, in France.

An APC chieftain, Joe Igbokwe, claimed on Friday that Wike who is currently on a vacation abroad visited the former Lagos State governor in France earlier in the week.

The claim had fuelled insinuations of an alliance between the two key members of rival political parties ahead of the 2023 general elections.

The spokesman of the organisation, Tunde Rahman, in a statement on Friday night described the report as fake, and warned journalists to avoid dishing out unverified reports.

The statement read: “We have seen a viral social media post made by one of the chieftains of All Progressives Congress in Lagos State and media reports emanating from same about a supposed meeting in France between APC Presidential Standard-bearer, Asiwaju Bola Ahmed Tinubu, and His Excellency, Governor Nyesom Wike of Rivers State.

READ ALSO: Tinubu jets off to France after meeting with Buhari

“It has become imperative to set the record straight. Although Asiwaju Tinubu is presently in France, he didn’t have any meeting with Governor Wike whether in that country or anywhere whatsoever.

“This, however, does not detract from the fact that the APC presidential candidate holds Governor Wike in high esteem.

“And given the national and across-party lines appeal of Asiwaju Tinubu’s candidature, he will not hesitate to meet any important national leader when desirable.

“As made public earlier, Asiwaju Tinubu is in France for some important engagements. He will return to the country shortly.

“We would like, once again, to advise journalists to always cross-check their information with appropriate officers before rushing to press to avoid unintended errors.”