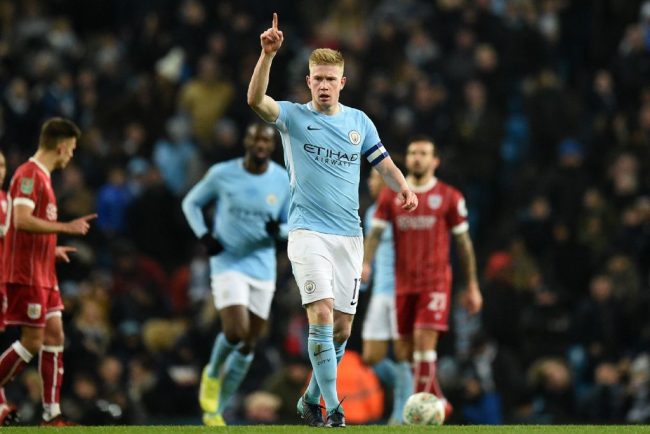 The Championship side, whicSergio Aguero, Carabao Cup, EFL, England football, Manchester City, Bristol Cityh defeated holders Manchester United in the previous round, were excellent especially in the first half as they took the lead from Bobby Reid’s penalty on 44 minutes.

But Kevin de Bruyne equalised for the Premier League leaders after a one-two with Raheem Sterling barely 10 minutes into the second half.

Bristol would have thought they were taking a draw and an away goal back to Ashton Gate for the second leg, before substitute Aguero headed in Bernardo Silva’s cross in the 2nd minute of stoppage time.

Both teams will meet again for the return leg at Ashton Gate on January 23 to decide which team gets the spot in the final.

Meanwhile, the first-leg clash of the other semi-final tie between Chelsea and Arsenal will take place at Stamford Bridge on Wednesday.

Joshua, Parker world title bout to be confirmed this week