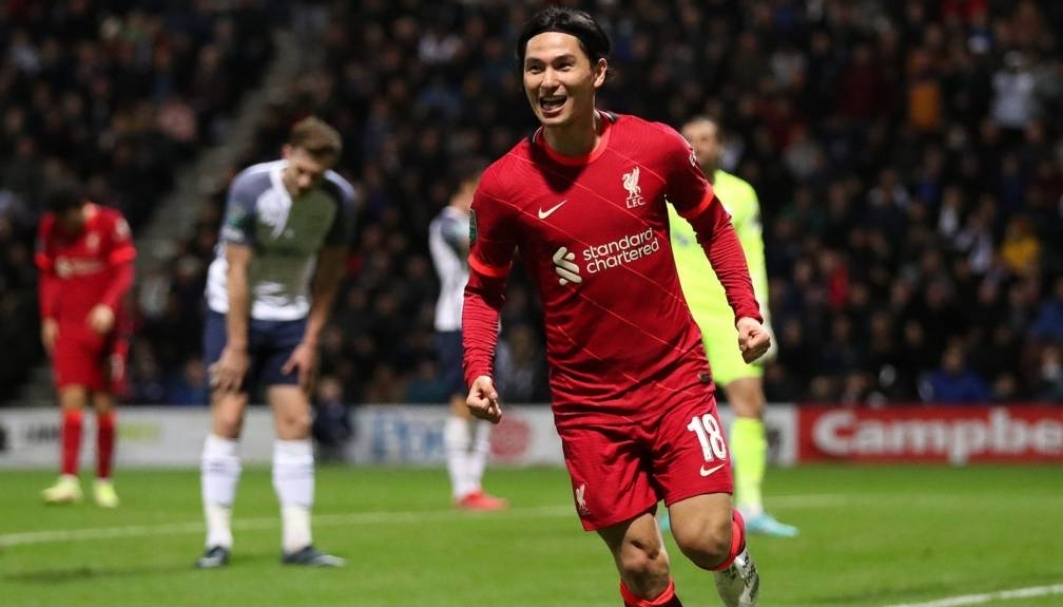 Liverpool and Tottenham Hotspur have advanced to the quarterfinals of the Carabao Cup after picking up victories away from home on Wednesday night.

Liverpool defeated Championship side Preston 2-0 and Tottenham saw off Burnley 1-0, with Takumi Minamino and Divock Origi scoring for the Reds while Moura sealed the win for Spurs.

It was however not a lucky day for Premier League champions and Carabao Cup defending champions Manchester City as they crashed out of the competition.

After playing a goalless draw with West Ham in regulation time, the game was forced to penalty shootout and the Hammers won 5-3.

It was Said Benrahma who scored the decisive spot-kick after Phil Foden had fired his penalty wide to give the Hammers the advantage.

It is the first time since 2016 City, who have won the competition for the past four seasons, have been eliminated.

At the King Power Stadium, Leicester City played a 2-2 draw at full time against Brighton before going on to win 4-2 on penalty shootout.

Arsenal, Sunderland and Chelsea are the three other teams in the last eight of the competition.