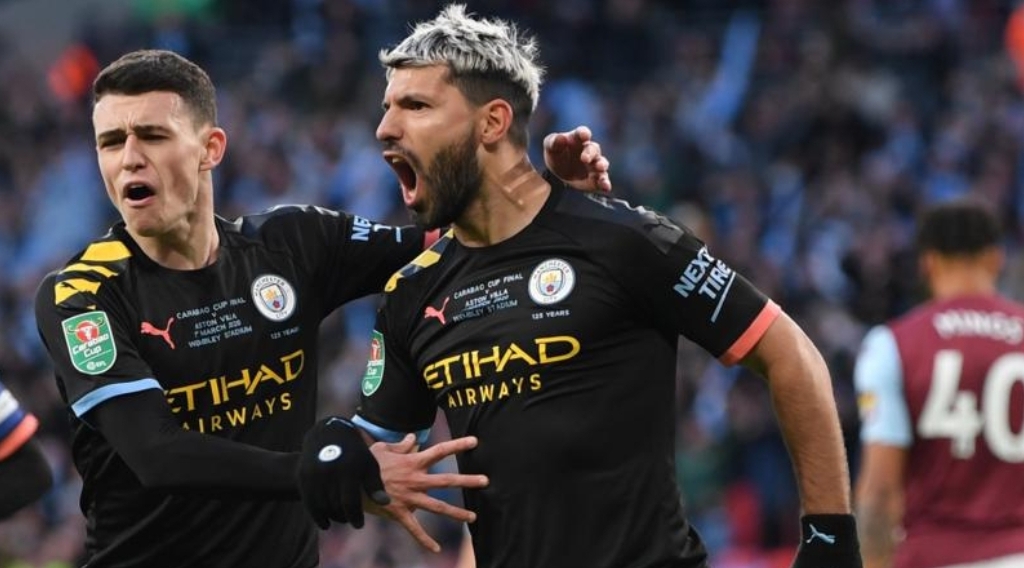 Manchester City have successfully won a third consecutive League Cup after defeating Aston Villa in the final of the Carabao Cup on Sunday.

The victory at Wembley means the Etihad club have won their fourth league cup in five years.

The Pep Guardiola side, which won an historic treble of domestic trophies last season with the Premier League and FA Cup, secured the deserved win over a spirited Villa side.

Sergio Aguero’s strike and Rodri’s header from a corner in the 20th and 30th minutes respectively saw City cruising early in the encounter.

But Villa got a lifeline when Mbwana Samatta headed in from Anwar El Ghazi’s cross four minutes before the break.

Both sides searched on throughout the second half for a goal to no avail, as City held on to seal the triumph.