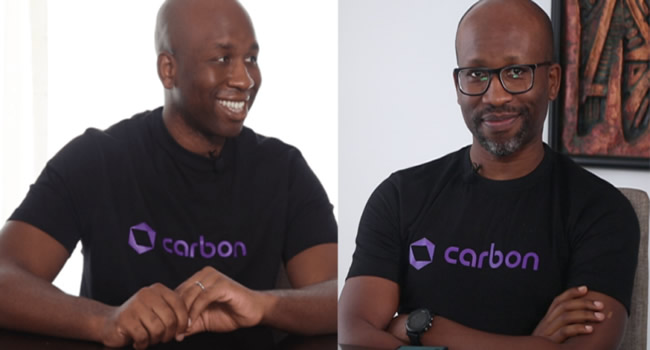 Fintech startup, Carbon, has announced signing a new partnership deal with one of the world leaders in digital payments, Visa, as it looks to offer both digital and physical issuance of Visa cards to its customers.

Carbon, which is a pan-African fintech company providing access to basic financial services for Africans, noted that the new deal is a strategic five-year partnership to help it further scale its venture.

According to Carbon, its company will be launching Visa debit cards in the third quarter of 2021.

This will come about a year after shifting from being a leading digital lending company to becoming a digital bank offering a range of financial services.

With Visa, Carbon is expected to deploy an instant issuance process in three key markets including Nigeria, Ghana, and Kenya.

Founded by American couple, the start up is aiming to challenge how Gen Z sends digital greeting cards.

Aside capital injection from the Reddit co-founder, the round also saw the participation of Snap’s Yellow Accelerator.

Speaking on the raise and startup prospects, CEO Nicole Emrani Green, noted that the growth recorded so far has been courtesy of referrals from existing user.

He said: “Initially, we thought it would mainly be birthdays and categories like weddings, graduation, etc., and I think we just threw in some ‘just because’ cards, but then that became the most popular category, by far.

“I think that it’s what kicked off our virality, because obviously with every Givingli sent you’re pulling someone else in and then the conversation continues.”

Zeepay, a Ghanaian fintech startup, has secured a US$7.9 million Series A funding round to help it further expand.

Zeepay has its footprints in more than 20 African markets, and in April 2020 was awarded an Electronic Money Issuer (EMI) license.

The new raiser is not the first capital raised by the startup as it secured a US$940,000 seed funding round in December last year.

According to local media, GOODsoil VC committed a follow-on investment to the tune of US$800,000, while the startup further raised an additional US$3.3 million in debt capital to drive balance sheet activities.

Dell’s acquisition of enterprise storage company EMC for $67 billion in cash and stock stands as the tech industry’s largest buyout. This took place in 2015.

Ghanaian startup Jetstream raises $3m to expand venture. 2 other things and a trivia

Egyptian startup Minly secures $3.6m seed round. 1 other thing and a trivia