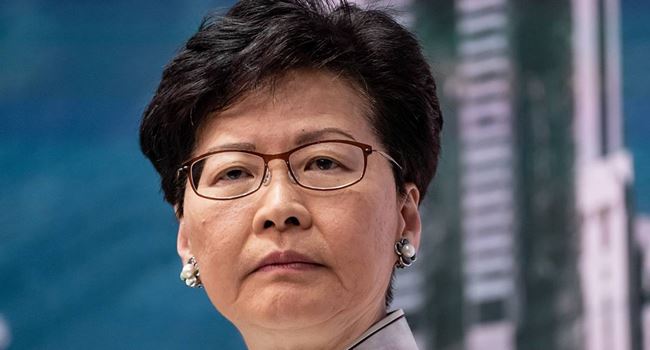 Hong Kong leader, Carrie Lam on Tuesday condemned the extremely violent storming of the city’s parliament, after thousands of protesters ransacked the assembly in a display of defiance on the anniversary of the territory’s handover to China, Al Jazeera reports.

At a press conference in the early hours, Ms Lam described Monday’s events as heartbreaking and shocking.

She said she hoped society would return to normal as soon as possible, while acknowledging that thousands had marched peacefully in the city before the unrest started to unfold.

Masked protesters, mostly young broke into the legislature after hours of clashes with police.

They were said to have ransacked the building, daubing its walls with anti-government graffiti, in a challenge to city authorities and Beijing.

The financial hub has been hit by three weeks of huge demonstrations sparked by a bill that would allow extraditions to the Chinese mainland, but on Monday, that anger reached levels unseen for years.