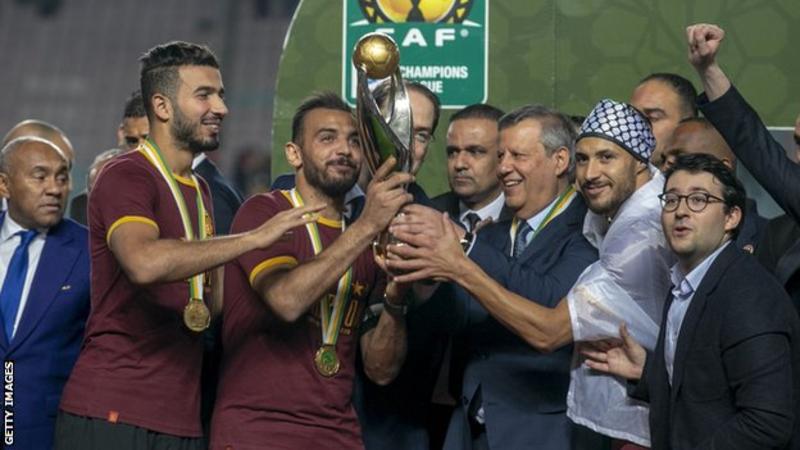 The confusion surrounding the 2019 African Champions League final has taken a new turn as the Court of Arbitration for Sport (CAS) rules.

The court overruled the decision to replay the game but swants the replay decision to be made by competent African authorities.

The Executive Committee of the Confederation of African Football (CAF) had ordered that the second leg of the two-legged final be replayed after it was abandoned.

The finalists – Tunisia’s Esperance and Morocco’s Wydad Casablanca – played a 1-1 draw in the first leg, but the former were leading 2-1 on aggregate during the second leg on May 31, 2019 when chaos broke out.

Wydad had a goal disallowed and all efforts to persuade the referee to check the video replay proved abortive.

The video assistant referee system was not working but the players had not been told, and so Wydad left the pitch.

Esperence were declared champions but after CAF’s replay order on a neutral turf, the two teams lodged appeals to CAS, as both felt they should be awarded the win.

In a statement released in Lausanne on Wednesday, CAS said that “the CAF Executive Committee did not have jurisdiction to order that the second leg of the final be replayed and has decided to annul the decision challenged.

“Having annulled the decision of the CAF Executive Committee for formal reasons, it (CAS) has decided to refer to the competent CAF bodies the questions of the replay of the final’s second leg and of the disciplinary procedure, which is currently pending before the CAF and which does not fall within the CAS jurisdiction in the present arbitration procedure.

“It is now for the competent CAF authorities to review the incidents which occurred in the Rades stadium on 31 May 2019, to order the appropriate disciplinary sanctions, if any, and accordingly to decide whether the second leg of the CAF Champions League Final 2018/2019 shall be replayed or not.”

With the ruling of CAS, Esperance remain the Caf Champions League holders until a final decision is made by the continental football body as ruled by the court.