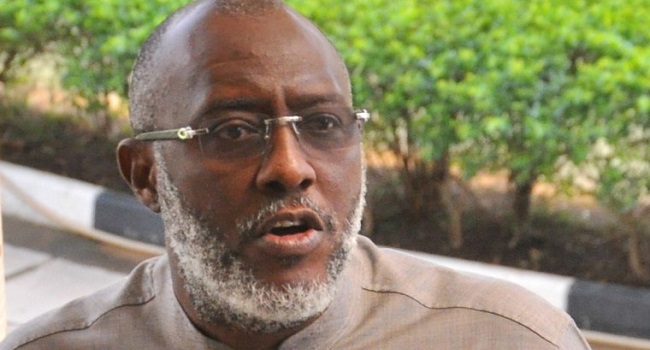 The Economic and Financial Crimes Commission (EFCC) has denied media reports that the alleged money laundering case of Olisa Metuh, a former National Publicity Secretary of the Peoples Democratic Party (PDP), had been struck out by a court of law.

This was contained in a press statement issued by Wilson Uwujaren, the Head of Media and Publicity of the Commission, and made available to journalists on Tuesday.

Part of the statement reads: “The attention of the Economic and Financial Crimes Commission, EFCC, has been drawn to some reports in the media, alleging that, the Federal High Court, FHC, sitting in Abuja, on Monday, September 26, 2022, “ struck out a suit filed by the Commission against former National Publicity Secretary of the People’s Democratic Party, PDP, Olisa Metuh, for retrial.

“We wish to state unequivocally that, there is no modicum of truth in those reports. Metuh’s case is presently pending before the Supreme Court, arising from the appeal by the Commission, as well as his own cross appeal, upon the judgment of the Court of Appeal which nullified the judgment of the trial court on alleged grounds of bias. There is, therefore, no pending case before the Federal High Court to warrant striking out of the same.”

It added: “It bears reiterating that, the EFCC has no fresh application for retrial of Metuh before the court. There can be no striking out of a suit that was not initiated or filed before the court. Any report of striking out of a suit filed by the EFCC on Metuh, is a gross misrepresentation of the status of the case and the public is enjoined to ignore such reports.

“The EFCC is awaiting the hearing of the appeal by the apex court, concerning the ground of bias raised by the Court of Appeal, in the N400million money laundering charges instituted against him. The Commission will do nothing to abuse processes of the court, as it remains committed to total respect for the rule of law.”

The anti-graft agency had arraigned Metuh on seven counts of money laundering bordering on allegedly receiving N400 million from the office of the national security adviser in 2016.

As of 25th February 2022, a Federal High Court presided over by Okon Abang had pronounced that Metuh was guilty of all counts leveled against him, and thus sentenced him to serve seven years in prison

However, dissatisfied with the court’s decision, Metuh, through his counsel, filed an appeal in March 2020.

Meanwhile, media reports had it that a Federal High Court sitting in Abuja struck out a suit filed by the EFCC against the former National Publicity Secretary of the PDP for retrial.

The trial judge at the Federal High Court sitting in Abuja, Justice Emeka Nwite, described the seven-count in a suit marked: FHC/ABJ/CR/05/2022 filed by the EFCC as “an abuse of court process” but the EFCC has insisted that the matter is still in court.

Related Topics:EFCCOlisa Metuh
Up Next