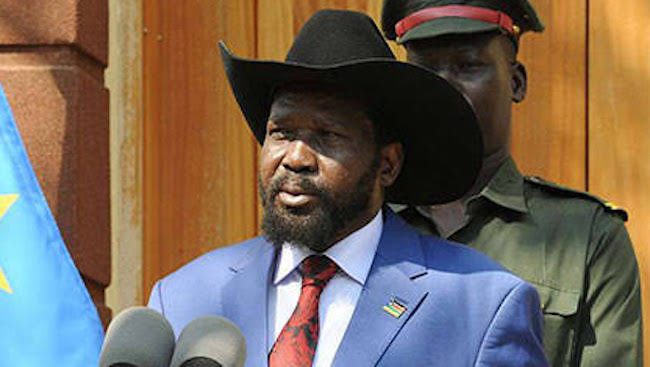 South Sudan is battling to pay the salaries of its public servants with the government currently hit by cash crunch.

South Sudan has been beset by several challenges since gaining independence from neighbouring Sudan in 2011, and recently income from oil exports had been tied to servicing the country’s growing loans until 2027.

A statement from the country’s Finance Minister, Agak Achuil on Tuesday said the affected workers who are mostly government employees including members of the security forces, teachers, doctors and nurses, are being owed for four months and have been demanding their salary arrears.

He added that there was little the government could do as there was no money to pay them.

Achuil said: “The reason why we are not paying the arrears is that the oil money is going towards the payment of loans which have been taken before and paying for some of the priorities of the government.”

Civil servants in the war ravaged country were last paid their salaries in November and December last year and have not received their salaries for the first four months of this year.

The government depends on oil proceeds to pay salaries and finance other development projects as the internally generated revenue resources are not enough to support government expenditure.

However, the government has borrowed heavily against the country’s oil exports and in 2019, agreed to allocate 10,000 barrels of crude oil per day day as payment to Chinese firms building roads in the country.

Critics have also accused the Salva Kiir’s administration of taking corrupt loans as many were finalized without parliamentary approval.

Related Topics:South Sudan
Up Next